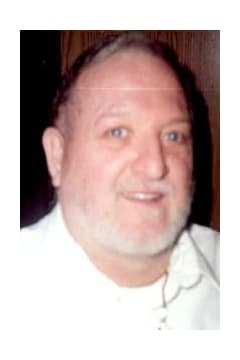 Mr. Donald Robert Tucker “Poppy”, age 71, of Douglasville, Georgia passed away Thursday, January 23, 2020. He was born August 8, 1948 in Austell, Georgia, the son of the late Mr. Walter Raplph Tucker and the late Mrs. Eloise Carter Tucker. He was a veteran of the United States Marine Corp. having served in the Vietnam War. Mr. Tucker worked as a long-haul truck driver. He was a loyal Denver Bronco and Georgia Tech fan and an avid sportsman and reader of all kinds. Mr. Tucker enjoyed watching Western movies, especially John Wayne movies. He was of the Baptist faith and a member of Clearview Baptist Church.
In addition to his parents, Mr. Tucker was preceded in death by his granddaughter, Ashley Kayley Tucker; his son-in-law, James Hindman, Sr.; and his sister-in-law, Mary Tucker.
Mr. Tucker is survived by his wife of over 50 years, Mrs. Barbara Garrett Tucker of Douglasville; his daughter, Deidera C. Hindman of Douglasville; his son and daughter-in-law, Charles and Kelly Tucker of Lithia Springs; his sisters and brothers-in-law, Bessie and James McGaughey of Lithia Springs and Kimberly and Lee Myrick of Bessemer, Alabama; his brothers and sister-in-law, Mitchell and Betty Tucker of Marietta and Michael Tucker of Douglasville; his seven grandchildren, Brittany, Ethan, Makayla, C.J., Hallie, James Jr., Tonya and Darlene; his two great-grandchildren, Alexis and Aden; and several nieces, nephews, great-nieces, great nephews along with several adopted children also survive.
The family will receive friends at Jones-Wynn Funeral Home of Douglasville, Sunday, January 26, 2020 from 6:00PM until 8:00PM. Funeral services will be conducted in the Chapel of Jones-Wynn Funeral Home of Douglasville, Monday, January 27, 2020 at 2:00PM with Pastor Rick Eaves officiating. Interment with full military honors provided by the United States Marine Corp. Honor Guard will take place immediately following the funeral at Sunrise Memorial Gardens in Douglasville.
Messages of condolences may be sent to the family at www.jones-wynn.com. Jones-Wynn Funeral Home of Douglasville is in charge of the arrangements. 770-942-2311

Charles and Family Alan & I are very sorry to hear of your loss. We pray that our Heavenly Father wraps each of you in His loving arms and comforts you.
– Linda Sewell
Ethan, Gabrielle and family: So sorry t hear of your Grandfather’s passing. Please know that I am this of you and praying for you during this time of loss. Much love, Diane Duncan
– Diane Duncan