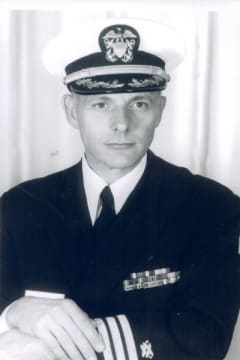 Mr. Donald Frank Lutz, Sr., age 85 of Villa Rica, Georgia passed away Friday, September 25, 2020. He was born May 8, 1935, in Medford, Massachusetts, the son of the late Mr. Frank William Lutz and the late Mrs. Caroline Crosby Lutz. Mr. Lutz was a veteran of the United States Navy, serving in the Vietnam War and retired after 21 years service with the “Seabees”. He received his Master’s Degree from Georgia Tech and worked as a civil engineer with Lockheed Martin. Mr. Lutz was a very generous man who enjoyed spending time gardening and was of the Catholic faith.
Mr. Lutz is survived by his wife of over 62 years, Mrs. Patricia L. Chappell Lutz of Villa Rica; his children, Valerie Ann McDavid of Beckley, West Virginia, Donald F. Lutz, Jr. of Villa Rica and Gregory Scott Lutz and Laura Langford of Mountain View, California; five grandsons, Brian A. Carr, Matthew J. Carr, Austin C. McDavid, Jonas P. Lutz and Aaron S. Lutz; as well as three great grandchildren.
In accordance with Mr. Lutz’s wishes, he will be cremated. His cremated remains will be inurned at Georgia National Cemetery in Canton, Georgia at a later date.
In lieu of flowers, those desiring to do so, may make donations In Memory of Donald F. Lutz, Sr. to a Wounded Warriors charity.
Messages of condolence may be sent to the family at www.jones-wynn.com. Jones-Wynn Funeral Home of Villa Rica is in charge of the arrangements. 770-459-3694

To my cousin, Patsy and her family, my deepest condolences.
– Patricia Lutz