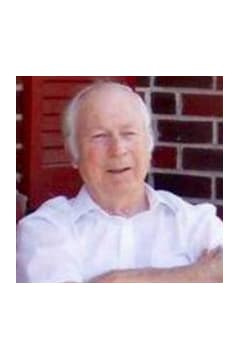 D. Fred Waldrop âDocâ, age 73, of Dallas, Georgia passed away Monday, July 28, 2014 at Wellstar Cobb Hospital. He was born August 22, 1940 in Roswell, Georgia, the son of the late Mr. Eli Fred Waldrop and the late Mrs. Addie Marie Keith Waldrop. He married the love of his life, Anita Carolyn Bryant, on December 26, 1975 in Riverdale, Georgia. He worked as an automotive specialist at Heritage Cadillac in Morrow until his retirement. He was a Christian by faith, loved his Lord and Savior, Jesus Christ, and was a regular attendee of Victory Baptist Church in Douglasville. He was a loving man who loved his family dearly. He was a classic car enthusiast and an avid fan of NASCAR racing. In addition to his parents, he was preceded in death by his sisters, Alice Marcelle Sheets and Mary Butler; and brothers, Frank Waldrop and Eli Waldrop. He is survived by his wife of 38 years, Anita Carolyn Bryant Waldrop of Dallas; daughter and son-in-law, Caryla and James Cook of Dallas; sons and daughters-in-law, Donald and Sherri Head of Concord, NC and Neil and Trish Hede of Conway, AR; one sister, Betty Kimball of Lithia Springs, GA; twelve grandchildren; eleven great-grandchildren; several nieces and nephews. The family will receive friends at Jones-Wynn Funeral Home in Douglasville, Wednesday, July 30, 2014 from 6:00 PM until 8:00 PM. Funeral Services will be conducted Thursday, July 31, 2014 at 1:00 PM at the Chapel of Jones-Wynn Funeral Home in Douglasville with Pastor James H. Cook, Jr. and Pastor Mike Sigmon officiating. Interment will follow at Meadowbrook Memory Gardens in Villa Rica. Serving as pallbearers will be: Zach Garrett, Klay Cook, Johnny Butler, Donald Butler, Neil Hede, Billy Kimball, and Clint Wint. Honorary pallbearers will be Kyle Cook, Donald Head, and Todd Dionne. Messages of condolence to the family may be sent at www.jones-wynn.com. Jones-Wynn Funeral Home & Crematory of Douglasville is in charge of arrangements. 770-942-2311