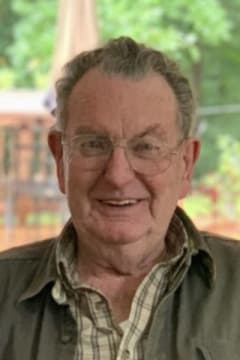 Clifton Reginald Walter passed away peacefully in his sleep at his home in Carrollton, Georgia on Saturday, January 2, 2021. He was born in Madison, Maine on March 31, 1936 to E. Dorothy Moody (Moran) and Edwin Merle Webber. He was adopted by Erik O.C. Walter, and raised by Erik O.C. Walter and his stepfather, Henry Moran.

Clif grew up in Madison and graduated from Madison High School and Thomas College. He married Joyce Angenette Smith in Madison on November 1, 1957. Clif worked at Kennebec River Pulp & Paper Co. for several years as an accountant, office manager, and controller. Clif and Joyce later owned and operated Hidden Acres dairy farm in Madison as well as the Bingham Motor Inn in Bingham.

Clif was honorably discharged after serving in the United States Army Reserve. In addition, he was a lifelong member of the Northern Star Masonic Lodge #28 in North Anson, Maine. He was actively involved with the Bingham Chamber of Commerce, planning the annual Fly-In, as well as the local snowmobile club, spending hours grooming the trails with his friends.

Clif was a longtime member of The Church of Jesus Christ of Latter-Day Saints. He held many callings in the church over the years and could always be counted on to volunteer when service for others was needed. Clif and Joyce traveled to Boston every month to serve as workers in the LDS Boston Temple for several years.

When Clif wasn’t working or handling a church assignment, he could be found hunting and fishing with his two sons, Scott and Kevin, fiddle-heading with his dog King, flying his tiny Vagabond plane over to his brother’s house for lunch, reading an old worn western paperback (or watching a western on tv), researching the genealogy of his ancestors, or just puttering around the house fixing something. Clif loved to travel and enjoyed many trips with his family around the world.

Besides his parents, Clif was predeceased by one brother, George William Webber. He is survived by his wife of 63 years, his eternal partner Joyce, of Carrollton, GA, and his five children: Vicki Jane Walter Judd of Covington, GA, Clifton Scott Walter of North Anson, ME, Kevin Erik Walter (and partner Wendy) of Rockport, ME, Christina Rae Walter Morrison (and husband John) of Douglasville, GA, and Rebecca Jo Walter Scott (and husband Wes) of Villa Rica, GA; his grandchildren, Amy Lee Judd (and Jeff Hamilton) of Woodstock, GA, Joshua Bissell of California, Corey Scott Walter of Norridgewock, ME, Erin Joyce Walter of Camden, ME, Nicole Alexis Walter (with partner Chris) of Bristol, ME, Jason Erik Walter (with partner Jewel) of Rockport, ME, Reilly Jo Walter (and Colin Brey) of Smyrna, GA, and Reagan Brooke Walter of Villa Rica, GA; 13 great grandchildren with another on the way; two brothers: Stephen Merle Webber (and wife Nhan) of Lake Lure, NC, and Erik A. Walter (and wife Martha) of Madison, ME, two sisters: Cheryl Jean Webber Munday (and husband Gary) of Statesville, NC, and Debbie Sirois Vitalone (and husband Paul) of Athens, ME; several nieces and nephews, and cousins.

Visiting hours will be held from 11:00 to 1:00 on Saturday, January 9, at the Skowhegan Ward of The Church of Jesus Christ of Latter-Day Saints, 233 Malbons Mill Road in Skowhegan. A funeral service will take place immediately after, starting at 1:00. Interment will be in Skowhegan at a later date.

In lieu of flowers, family and friends are encouraged to make a donation in Clif’s name to the Alzheimer’s Association (alz.org) to aid in finding a cure for this horrific disease that no one should have to experience. Thank you.

Please share a condolence, photo or memory of Clifton Reginald Walter. We welcome all condolences that are positive and uplifting.