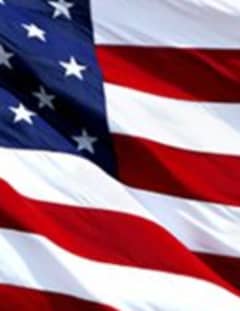 Mr. Clarence James Hannah, 73, of Douglasville, Georgia passed away Sunday, July 23, 2017. He was born April 27, 1944 in Lawrenceburg, Tennessee the son of the late Mr. Clarence C. Hannah and the late Mrs. Alice Evelyn Hannah. He was a veteran of the United States Air Force. He worked in the Road Maintenance Division for Douglas County. He loved riding horses and fishing. He was of the Baptist Faith. In addition to his parents, he was preceded in death by a brother, Charles Hannah. He is survived by his wife, Shirley Knight Hannah of Douglasville; son and daughter-in-law, Charlie and Rachel Barton of Palmetto; daughter and son-in-law, Anita and Richard Sheriff of Newnan; six grandchildren, Kelly Lannen, Kristy Sheriff, Richard Sheriff, Jr, Victoria Barton, Alyssa Barton, and Jesse Barton.; one great-grandchild, Mason Lannen; seven brothers-in-law and five sisters-in-law. In accordance to his wishes, he was cremated. Memorial Services in celebration of his life will be held at his home with family and friends on Wednesday, July 26, 2017 from 4:00 PM until 8:00 PM. Messages of condolence to the family may be sent at www.jones-wynn.com. Jones-Wynn Funeral Home & Crematory of Douglasville is in charge of arrangements. 770-942-2311

Honor the life of Clarence Hannah

Please share a condolence, photo or memory of Clarence. We welcome all condolences that are positive and uplifting that will help family and friends heal.