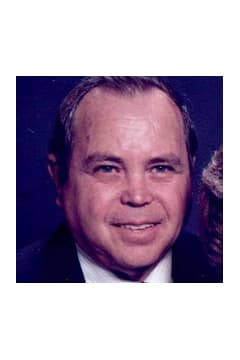 Mr. Charlie Cecil Watkins, 84, of Powder Springs, Georgia passed away Friday, November 4, 2016 at Wellstar Tranquility Hospice following an extended illness. He was born April 20, 1932 in Ellijay, Georgia, the son of the late Mr. Dophys Posey Watkins and the late Mrs. Pearl Welch Watkins. He married Maude Elizabeth Crow on December 17, 1955 in Rossville, Georgia. He was a veteran having served in the United States Army. He retired as a mechanic at Fontaine. He loved camping. He was a member of Second Baptist Church of Douglasville. In addition to his parents, he was preceded in death by a grandson, Tony West; sisters, Frances Page, Odell Patton, and Rosa Goble; brothers, Virgil Watkins, Robert Watkins, Andrew Watkins and Henry Watkins. He is survived by his wife of 60 years, Maude Elizabeth Crow Watkins of Powder Springs; four sons and daughters-in-law, Mike and Judy Watkins of Douglasville, Joe and Anna Watkins of Rockmart, Tony and Lisa Watkins of Powder Springs, and Scott and Becky Watkins of Villa Rica; nine grandchildren, Chad, Candi, Crystal, Joseph, Rebecca, Rachel, Nikki, Kelly, and Casey; eight great-grandchildren, Esther, Isabelle, Molly, Cash, Carolina, Liz, Madison, Noah, and Cadence; several nieces and nephews also survive. The family will receive friends at Jones-Wynn Funeral Home in Douglasville, Sunday, November 6, 2016 from 2:00 PM until 5:00 PM and Monday, November 7, 2016 from 5:00 PM until 8:00 PM. Funeral Services will be conducted Tuesday, November 8, 2016 at 10:30 AM at the Chapel of Jones-Wynn Funeral Home in Douglasville with Pastor Chad Watkins and Brother Fred Blalock officiating. Graveside Services will follow at 2:00 PM at the Georgia National Cemetery in Canton. Flowers are accepted or those desiring to do so may make contributions in memory of Mr. Charlie Watkins to Wellstar Tranquilty Hospice at Cobb, 4040 Hospital West Drive, Austell, GA 30106. Messages of condolence to the family may be sent at www.jones-wynn.com. Jones-Wynn Funeral Home & Crematory of Douglasville is in charge of arrangements. 770-942-2311

Honor the life of Charlie Watkins

Please share a condolence, photo or memory of Charlie. We welcome all condolences that are positive and uplifting that will help family and friends heal.