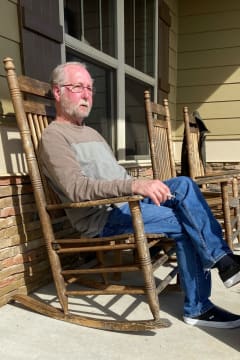 Mr. Bruce Charles Gordon, age 68, of Villa Rica, Georgia, passed away Sunday, May 16, 2021. He was born October 2, 1952 in Florida, the son of the late Mr. Charles Lindon Gordon and the late Mrs. Anna Gillison Gordon. He worked as bakery manager for Publix for many years. He was a chef and loved to cook. Mr. Gordon cherished spending time with family.

In addition to his parents, Mr. Gordon was preceded in death by his wife, Joyce Popp Gordon and his brothers, Glenn Gordon and Gil Gordon.

He is survived by his daughter and son-in-law, Ashley and Jason Jones of Villa Rica; his sons and daughter-in-law, Eric and Alejandra Gordon of Tucker and Jason Gordon of Apopka, Florida; and one granddaughter, Elena Gordon.

In accordance with Mr. Gordon’s wishes, he will be cremated and no services are planned at this time.