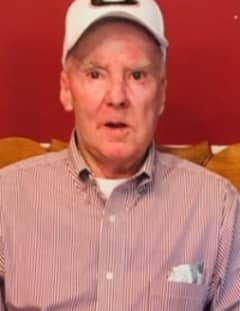 Mr. Bobby Hugh Ferguson, age 78, of Powder Springs, passed away, Wednesday, October 30, 2019. He was born April 21, 1941 in Taylorsville the son of the late Mr. James Roy Ferguson and the late Mrs. Ruth Ann Hammett Ferguson. Mr. Ferguson was a mechanic for many years. He enjoyed fishing, hunting and would do anything for anybody.
In addition to his parents, he was preceded in death by his wife, Connie Priscilla Lane Ferguson; numerous brothers and sisters.
He is survived by his daughter and son-in-law, Tracey and Darrell Pawley of Carrollton; sons and daughters-in-law, Chris and Tamara Ferguson of Kingston, Monty and Shannon Ferguson of Douglasville; sisters, Betty McDowell of Rockmart, Opal Pierce of Powder Springs; brothers and sister-in-law, Carl Ferguson of Bethlehem, Roy and Linda Ferguson of Marietta; grandchildren, April and Brian Preston of Carrollton, Amy and Michael Collins of Carrollton, Christy and Travis Davidson of Villa Rica, Shannon and Chris Wyatt of Rockmart, Rachel and Jeremy Hart of Douglasville, Karli and Michael Taylor of Temple, Cody and Ciarra Ferguson of Powder Springs; great grandchildren, McKenna Preston, Mia Preston, Presley Collins, Noah Collins, Brayden Davidson, Colton Davidson, Peighton Davidson, Grace Cook-Wyatt, Emma Lynn Wyatt, Sarah Kate Wyatt, Ethan Taylor, Gunnar Taylor, Addi Taylor, Charlotte Chewning-Ferguson, and Baliegh Tatum; several nieces and nephews also survive.
The family will receive friends at Jones-Wynn Funeral Home in Villa Rica, Thursday, October 31, 2019 from 4:00 PM until 8:00 PM. Funeral Services will be conducted Friday, November 1, 2019 at 2:00 PM from the Chapel of Jones-Wynn Funeral Home with Dr.Greg Towler officiating. Interment will follow at Melrose Hills Memorial Gardens.
Messages of condolence may be sent to the family at www.jones-wynn.com. Jones-Wynn Funeral Home, Inc. and Cremation Services of Villa Rica in charge of arrangements. 770-459-3694

I pray the love of those around you help bring your family peace and comfort as you travel through this sad time in your lives. We did not know Uncle Bobby as well as our brother James ,but I’m sure he was loved by his family and friends and will be missed. Gloria, Juanita & Eddie Ferguson
– Gloria Ferguson