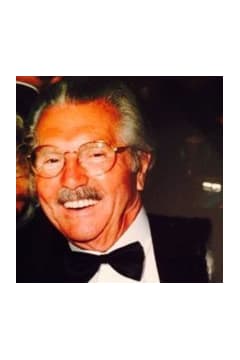 Bill BiggsMr. William Festus Biggs, Jr., age 81 of Villa Rica, Georgia passed awayFriday, March 28, 2014. Born November 14, 1932 in Patterson, New Jersey. Son of the late Mr. William Festus Biggs, Sr. and the late Mrs. Jeanette Cathcart Biggs. He was a veteran of the United States Army, serving during the Korean war. Bill served as the Campaign Manager for the 73rd Governor of Georgia, Ernest Vandiver in 1959. He was an officer in the 1960 West End Jaycees and a Master Mason of Cascade Lodge #94 East Point, Georgia. He married Anne Tarpley on January 28, 1961 in Atlanta. Bill retired from Mingledorff’s, Inc. as General Manager of the Bryant Sales Division. He was a member of Tabernacle Baptist Church in Carrollton, Georgia. Bill was a lifetime supporter of the Georgia Tech Athletic Association. He was instrumental in development of many Georgia Tech clubs and served as Yellow Jacket Director of the West Metro Club. His contributions included coordinating “The kickoff celebrations”, spring barbecues and many fundraising efforts resulting in the Kim King Endowed Football Scholarship. He is survived by his wife of 53 years, Anne Tarpley Biggs, his children and their spouses, William Festus Biggs III of Tampa, Fl., Vicki and Steve Shannon of Big Canoe, Ga., Tina and Robert Sandy of Raleigh, NC and Terri Greenberg of Roswell, Ga., seven grandchildren and two great grandchildren. The family will receive friends at Jones-Wynn Funeral Home in Douglasville, Ga. Tuesday, April 1, 2014 from 1:00 pm – 2:00 pm. Memorial Services will follow at 2:00 pm at the Chapel of Jones-Wynn funeral home with Dr. Jimmy Gentry officiating and Coach George O’Leary speaking. In lieu of flowers, memorial contributions in memory of Bill Biggs may be made to the Georgia Tech Foundation, Inc., 760 Spring Street NW, Suite 400, Atlanta, Ga. 30308. Messages of condolence to the family may be sent at www.jones-wynn.com.Jones-Wynn Funeral Home & Crematory of Douglasville is in charge of arrangements.770-942-2311

Honor the life of Bill Biggs

Please share a condolence, photo or memory of Bill. We welcome all condolences that are positive and uplifting that will help family and friends heal.