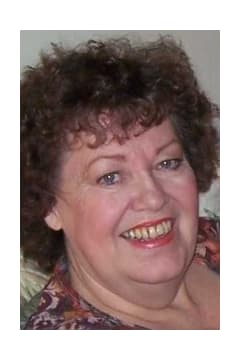 Mrs. Barbara Sue Karnes Johnson, age 77 of Lithia Springs, Georgia passed away Wednesday, November 27, 2019. She was born February 16, 1942 in Cincinnati, Ohio to the late Howard Thomas Karnes and Delma Pearl (Fox) Karnes. She was preceded in death by her daughter, Christine Lynn Johnson of Lithia Springs and her sister, Anne Contreras-Highley of St. Petersburg, FL.
She served in the Navy in the Hospital Corps and worked as a practical nurse for 10 years while living in Culver City, CA. She worked as a secretary for the Defense Department FDIC, and other federal agencies after moving to the Atlanta area in 1979. She has lived in Lithia Springs for the past 36 years. After retiring, she and her daughter enjoyed meeting people at garage sales and flea markets.
She is survived by her husband of 54 years, Herbert Eugene Johnson; son, Mark Eric Johnson and his wife, Regina Agan Johnson of Winston; granddaughter, Jennifer Lynn Brown and her husband, Justin of Buford, Georgia and their daughter, Addison Claire Brown. She is also survived by her brothers, Howard Thomas Karnes and his wife, Susan Hansen Karnes of Tucson, Arizona; and John Christopher Karnes of Largo, Florida.
The family plans to celebrate her life privately.
Messages of condolences may be sent to the family at www.jones-wynn.com. Jones-Wynn Funeral Home of Douglasville is in charge of the arrangements. 770-942-2311 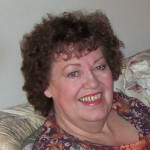 Please share a condolence, photo or memory of Barbara. We welcome all condolences that are positive and uplifting that will help family and friends heal.