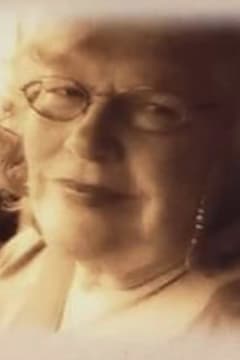 Mrs. Barbara “June” Daniel McCloud, age 73 of Douglasville, Georgia passed away Wednesday, August 26, 2020. She was born June 2, 1947 in Dalton, Georgia, the daughter of the late Mr. George Washington Daniel and the late Mrs. Frankie Estelle Martin Daniel. Mrs. McCloud worked for and retired from the Atlanta Journal Constitution Newspaper as an Advertising Sales Representative after 33 years of employ. She loved reading, travelling, country music and watching Charles Stanley.
In addition to her parents, Mrs. McCloud is preceded in death by her sister, Georgie Daniel.
She is survived by her husband, Jack Thomas McCloud of Douglasville; her daughters and son-in-law, Alice and Christopher Swann of Douglasville and Jaclyn McCloud of Villa Rica; her sisters and brothers-in-law, Gwen Garrett and Tony Herison of Blairsville, Alice Daniel and Howell Boone of Copper Hill, Tennessee and Gloria and Rick Corbin of Blairsville; her brothers and sister-in-law, Wayne Daniel of Copper Hill, Tennessee and Joseph and Leanne Daniel of Jasper; five grandchildren, Caitilen and Robert Reed, Victoria Swann, Payton Swann, Rafael McCloud and Kayla White, and Phillip Quinterro; great-grandchildren, Jacobi Reed, R.J. Reed, David Reed, Kadence Reed .
In accordance with Mrs. McCloud’s wishes, she will be cremated. No services are planned at this time.
Messages of condolence may be sent to the family at www.jones-wynn.com. Jones-Wynn Funeral Home of Douglasville is in charge of the arrangements. 770-942-2311

June was one of my sweetest & dearest friends from the AJC. We made a lot of memories together and i will cherish those! I know she is in heaven and looking down on her family and friends! She will be missed!!
– Kathy Bell
The graduating class of 1966 would like to say how sorry we are for your family’s loss. JUNE was a wonderful classmate and will be missed by all.
– DOROTHY DILLARD