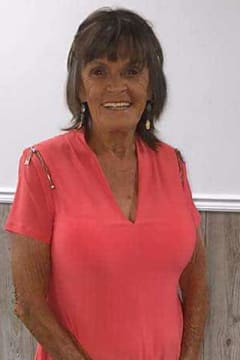 Mrs. Barbara Jean Hill Powell, age 74 of Lyons, Georgia passed away Tuesday, November 10, 2020. She was born June 6, 1946 in Macclenny, Florida, the daughter of the late Mr. Leo Herbert Hill and the late Mrs. Edna Mae Dunford Peebles. Mrs. Powell was a homemaker and a very giving person. She was nicknamed “Lil Bit.” She loved her family and her animals. Mrs. Powell was of the Christian Faith.
In addition to her parents, she is preceded in death by her husband, Eddie Mac Powell; sister, Mary Ann Hill Taylor.
Mrs. Powell is survived by her daughters and sons-in-laws, Kim and Britt Worthan of Winston, Georgia, Sonya and Jeff Dutton of Villa Rica, Georgia, Jennifer and Jimmy Gunter of Lyons, Georgia; sons and daughters-in-laws, Greg and Carlie King of Winston, Georgia, Edward Villarreal of Dallas, Texas, Eric and B.J. Powell of Callahan, Florida; sister, Virginia Marie Hill Miller of Florida; brother, Robert Loyde Hill of Texas; sister-in-law, Joy Holt of Lyons, Georgia; twelve grandchildren; seven great grandchildren; several nieces and nephews also survive.
According to Mrs. Powell’s wishes, she was cremated. A Memorial Service will be held at a later date.
Messages of condolence may be sent to the family at www.jones-wynn.com. Jones-Wynn Funeral Home of Douglasville is in charge of the arrangements. 770-942-2311

I want to send all my love to all of her children who I have known most of all their lives. She was a loving,funny and a little crazy, in a loving way. She will be missed!!!!!!!!!!!! Please let me know when you have her services!!! I just still can not belive she is gone. Love you BJ !!!
– Joan M King
Tanner Hospice Care staff would like to offer our condolences to you during this difficult time. We appreciate you trusting your loved one in our care.
– Tanner Hospice