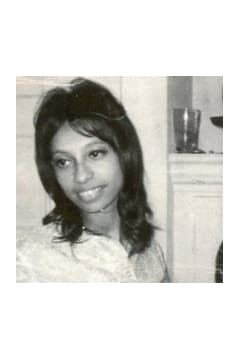 Antoinette better known to her beloved family as Teeya and to her friends as Tee was born on January 26, 1943. She was the second child of Mary Cornelia âNeahâ Hutchinson Antoine (deceased in 1968) and Larewnce âDuteâ Antoine (deceased in 1977. Antoinette was born in New Orleans, Louisiana. At approximately eight years old, her parents moved the family to Chicago, Illinois where they lived for some years. The family moved back to Louisiana where Antoinette attended Corpus Christy and Epiphany Elementary Schools and St. Maryâs Academy High School located in the Vieux Carre District of New Orleans. In 1962, the family moved to Los Angeles, California. Antoinette graduated high school in 1963 from Bishop Conaty Memorial High School in Los Angeles, California. Antoinette completed some college. In 1971, Antoinette gave birth to her son, Aaron. She often referred to him as her âpride and joy.â She was employed at Transfiguration Catholic School as the bookkeeper. They remained in Los Angeles until 1988 when they moved to Georgia. Antoinette began working for Clayton County Library System as a librarian shortly after arriving in Georgia. Antoinette was a creative person. She had a passion for cross-stitching and many other crafting hobbies. She participated in many craft shows where she displayed and sold her work. Some of her craft items were displayed and sold at Stately Oaks Manor located in Jonesboro, Georgia. Antoinetteâs other hobby was playing Bingo. She, her sister, Marcelle and sister-in-law, Marie would often attend local bingo halls in the area. After retiring, Antoinette moved to Villa Rica, Georgia where she lived with her son, Aaron and his wife, Kim. Her great joy was assisting with the care of her grandchildren. Antoinette is survived by her son, Aaron and his wife, Kim and her grandchildren, Ericka, Matthew, Jacob and Ryan. She is also survived by her brothers, Anthony âTonyâ, Noel and her sister, Marcelle; sister-in-law, Marie; brother-in-law, Charles and nephew, Jon and nieces Monae and Angie. Many great nieces, nephews and cousins also survive. Antoinette was a kind, loving and gentle person. She had a warm, friendly disposition and was always willing to help others. She was devoted Catholic from the cradle. The family will receive friends from Jones-Wynn Funeral Home in Villa Rica, Monday, June 10, 2013 from 1:00 PM until 2:00 PM. Memorial Services will be conducted Monday, June 10, 2013 at 2:00 PM from the Chapel of Jones-Wynn Funeral Home. Messages of condolence may be sent to the family at www.jones-wynn.com. Jones-Wynn Funeral Home, Inc. and Cremation Services of Villa Rica in charge of arrangements. 770-459-3694