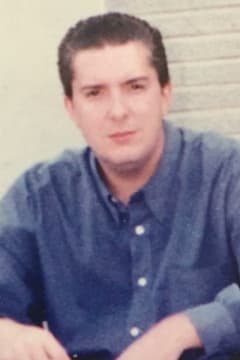 Mr. Anthony “Tony” Wayne Wright, age 50, of Winston, Georgia passed away Tuesday, May 5, 2020. He was born August 26, 1969 in Prince George’s County, Maryland, the son of Jerry Lee Wright, Sr. and Janet Wilson Martinez. Mr. Wright enjoyed computers, skateboarding and reading books. He loved his children.
Mr. Wright is survived by his daughter, Ashley Wright of Saskatoon, SK Canada; his son, Carter Wright of Saskatoon, SK Canada; his mother, Janet Wilson Martinez of Winston; his father, Jerry Lee Wright, Sr.; his brothers and sister-in-law, Jerry Wright, Jr. and Kelley Wright of Douglasville and Brian Martinez of Douglasville; his niece, Jade Black; his nephew, Peyton Wright; cousin and special caretaker, Kathy Williams; and numerous other aunts, uncles and cousins also survive.
We are still providing services to our families based on CDC COVID-19 guidelines. According to Mr. Wright’s wishes, he will be cremated.
Messages of condolence may be sent to the family at www.jones-wynn.com. Jones-Wynn Funeral Home of Douglasville is in charge of the arrangements. 770-942-2311.

Please share a condolence, photo or memory of Anthony “Tony”. We welcome all condolences that are positive and uplifting that will help family and friends heal.