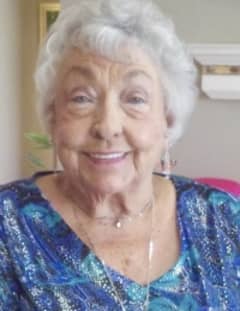 Mrs. Anne Tarpley Biggs, age 87, of Villa Rica, Georgia passed away Thursday, October 31, 2019. She was born November 7, 1931 in College Park, Georgia, the daughter of the late Mr.Carlton Paige Tarpley and the late Mrs. Myra Tanner Tarpley.Mrs. Biggs was a career woman her entire life, working as a real estate broker for a number of local companies, including Northside Realty with Congressman Johnny Isakson. She also worked with First Realty in Fairfield Plantation, achievingmembership in the Million Dollar Club. In the 1950’s, she worked in a predominantly men’s world for an Atlanta radio station as an account executive.
Mrs. Biggs, along with her husband Bill, was an avid world traveler. She enjoyed serving and volunteering as a Pink Lady at Wellstar Douglas Hospital, giving back to her community. She was of the Christian faith and a member of Tabernacle Baptist Church in Carrollton, Georgia.
In addition to her parents, Mrs. Biggs was preceded in death by her husband, William Festus Biggs, Jr.
Mrs.Biggs is survived by her daughters and sons-in-law, Vicki J. and Stephen Shannon of Big Canoe, Georgia, Tina Biggs Sandy and Robert Sandy of Raleigh, North Carolina and Terri Biggs Greenberg of Cape Coral, Florida; grandchildren, Melissa Anne Shannon Whitlow and Steve Whitlow of Cumming, Mark Jeffrey Shannon and Scott Gentles of Sandy Springs, Georgia, Heather Stanford Florek and Jim Florek of Woodstock, Georgia and Lucas Greenberg of Washington, DC; great-grandchildren, Peyton Whitlow of Cumming, Georgia, Madeline Whitlow of Cumming, Georgia and Ava Florek of Woodstock, Georgia.
A Memorial Service for Mrs. Biggs will be conducted, Monday, November 4, 2019 at 11:00 AM from the Chapel of Jones-Wynn Funeral Home, Douglasville with Mr. Kelvin Graham officiating. The family will receive friends following the Memorial Service at Jones-Wynn Funeral Home until 1:00PM.
Those desiring to do so, may make donations In Memory of Anne T. Biggs to the Alzheimer’s Association, 225 N. Michigan Avenue, Floor 17, Chicago IL 60601 or the American Cancer Society, PO Box 22718, Oklahoma City, OK 73123
Messages of condolences may be sent to the family at www.jones-wynn.com. Jones-Wynn Funeral Home of Douglasville is in charge of the arrangements. 770-942-2311 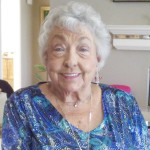 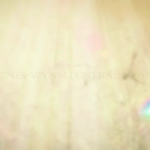 My beautiful next door neighbor on Lakeview Parkway. I would drive she and Bill on their pontoon boat around in the evenings, enjoying an “adult beverage”, just enjoying life on the lake. I can hear her laugh – can’t you? My memories will never fade. Did I hear someone mention Georgia Tech? Danny Bowman, Forsyth County Fire Chief (retired)
– Danny Bowman
Dear Family, I’m sorry to hear about Anne, but don’t you know she couldn’t wait to see Bill! What a team they were! I worked with Bill at Mingledorff’s and always loved to see Anne. She was the life of the party and the light in his eye. They loved each other and they loved their family. You will all be in my family’s thoughts and prayers.
– Lisa Brownlee
My deepest sympathies to the family. My fondest memories of your Mom & Dad were casual conversations looking out onto the lake. They both would recall stories of earlier years with great detail and enthusiasm. They were great story tellers. Heaven is a brighter place with their reunion. Fondly, Audrey Jones
– Audrey Jones