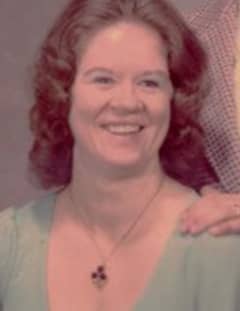 Mrs. Amy Joyce Wheat Hayes, 72, of Douglasville, Georgia passed away Thursday, March 30, 2017 at her residence. She was born April 11, 1944 in Atlanta, Georgia, the daughter of the late Mr. Clyde Franklin Wheat and the late Mrs. Sarah Louise Ramey Wheat. She was a homemaker and of the Baptist Faith. She loved going on a good âSunday Driveâ. In addition to her parents, she was preceded in death by her husband, Charles Preston Hayes, Jr. She is survived by son and daughter-in-law, Robert âBobbyâ and Lisa Hayes of Douglasville; four grandchildren, Chris, Austin, Destiny, and Jonathan; several nieces and nephews. The family will receive friends at Jones-Wynn Funeral Home in Douglasville, Saturday, April 8, 2017 from 1:00 PM until 2:00 PM. Memorial Services will be conducted Saturday, April 8, 2017 at 2:00 PM at the Chapel of Jones-Wynn Funeral Home in Douglasville. In accordance to her wishes, her body was cremated. Messages of condolence to the family may be sent at www.jones-wynn.com. Jones-Wynn Funeral Home and Crematory of Douglasville is in charge of arrangements. 770-942-2311

Honor the life of Amy Hayes