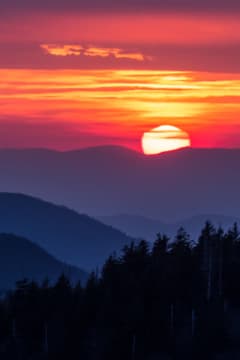 Mr. Alan Gregory “Greg” Ashworth, age 75, of Temple, Georgia, passed away Saturday, November 28, 2020. He was born October 2, 1945, in Atlanta, Georgia, the son of the late Mr. Alexander Grady Ashworth and the late Mrs. Lois Jacobs Payne. Mr. Ashworth was a veteran of the United States Navy. He was president and owner of Advanced Bullets Company in Temple, Georgia and founded and coached the Carroll County 4-H shotgun team for many years. Mr. Ashworth had a passion for helping others learn about firearms and gun safety. He was of the Methodist faith.
In addition to his parents, Mr. Ashworth was preceded in death by his brother, Nicholas Jarrett Ashworth.
He is survived by his wife, Virginia Ballard Ashworth of Temple; his daughter, Felicia Phillips of Carrollton; his sons and daughter-in-law, Richard and Deneese Ashworth of Temple and Lee Phillips of Dallas; two grandchildren, Cameron Phillips and Bonnie Phillips; and three great-grandchildren, Braxton, Karma and Annabelle.
In accordance with Mr. Ashworth’s wishes he will be cremated and the family will plan a private service at a later date.
Messages of condolence may be sent to the family at www.jones-wynn.com. Jones-Wynn Funeral Home of Villa Rica is in charge of the arrangements. 770-459-3694

Richard, Prayers will continue for you and your family. There are no words to explain my feelings knowing the passing of your Mom and my very “Dear Friend”, your Dad. I am so proud to be able to call your Dad “My Friend.” I so very much looked forward to chatting with him every time I came out. Your Mom and Dad and your family will continue in my thoughts and prayers. Jerry
– Jerry Rice
Greg – your friendship and contributions to the shooting community will be missed. Richard – our prayers go out for you and your family
– Charles Deling
Richard and family I am so sorry for your loss. Greg and Ginger will be missed. I always enjoyed talking to both of them. Prayers for you and your family. Randy Smith
– Randy Smith
Ms Ginger .. so sorry to hear of Mr Greg’s passing. Lotsa great memories at trap shoots way back in the day! Deepest Sympathies!! Luv, Tami Daniel-Means
– Tami Daniel
Ms Ginger, Rick and family members, I so enjoyed playing chickenfoot with Mr Greg and Ms Ginger at game night at Temple Senior Center and bring around them there and at Temple UMC. They were so gracious to include me in their circle of family and friends for the July 4th celebrations,excellent food and fireworks at their home. The hospitality was genuine and the fellowship so memorable You certainly felt at home. He will be sorely missed. May Gods Love comfort and surround y’all during this time. Love y’all!
– Jennifer
Ginger so sorry to here this ! Prayers are with you and your family
– Margie bell
Rick and family….Deepest sympathy in the loss of your dad. He was a wonderful man. God Bless you and all your family. Brenda
– Brenda White
Ginger, I am so sorry for your loss. Greg was such a good man, and I know how much he will be missed. If there is anything that I can do for you or your family don’t hesitate to let me know. Regina Crutchfield
– Regina
Felicia and family…..so very sorry for your loss. Love to.you, cameron and your family. Shannon
– Shannon
Tanner Hospice Care staff would like to offer our condolences to you during this difficult time. We appreciate you trusting your loved one in our care.
– Tanner Hospice