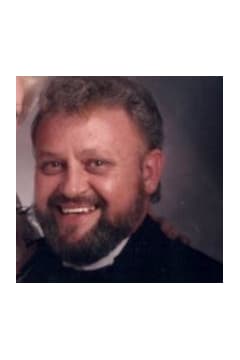 Mr. Woodrow âWoodyâ King, Jr., 67, of Winston, Georgia passed away Thursday, January 30, 2014. He was born September 18, 1946 in Tifton, Georgia the son of the late Mr. Woodrow King, Sr. and the late Mrs. Fannie Mae Greene King Miller. He was a homicide detective for the City of Atlanta Police Department. After leaving, he became self employed specializing in automobiles and construction. He was of the Baptist Faith. In addition to his parents, he was preceded in death by his wife, Joan Patterson Brown-King; brother, William Doyle King; and sister, Mary Frances Carden. He is survived by daughters and sons-in-law, Kim and Britt Worthan of Winston and Sonya and Jeff Dutton of Villa Rica; sons and daughter-in-law, Greg and Carlie King of Winston and Jimmy Brown of Douglasville; brothers and sisters-in-law, Carroll and Pat King of Florida and Larry and Connie King of Alabama; eight grandchildren; four great-grandchildren; several nieces and nephews. The family will receive friends at Jones-Wynn Funeral Home in Douglasville, Saturday, February 1, 2014 from 1:00 PM until 3:00 PM. Funeral Services will be conducted Saturday, February 1, 2014 at 3:00 PM at the Chapel of Jones-Wynn Funeral Home in Douglasville with Pastor Tyler Brown officiating. Interment will follow at Sunrise Memorial Gardens. The following will serve as pallbearers: Greg King, Britt Worthan, Jeff Dutton, Zach Dutton, Larry King, Scott King, Jimmy Brown, and Cliff Brewer. Honorary pallbearer will be Logan King. Messages of condolence may be sent to the family at www.jones-wynn.com. Jones-Wynn Funeral Home & Crematory, Inc. of Douglasville is in charge of arrangements. 770-942-2311

Please share a condolence, photo or memory of Woodrow “Woody”. We welcome all condolences that are positive and uplifting that will help family and friends heal.