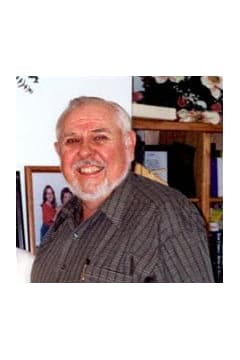 Mr. Willie âBobbyâ Robert Fendley, Sr., age 85, of Villa Rica passed away, Saturday, March 6, 2019. He was born June 21, 1933 in Dallas, the son of the late Mr. W. Leonard Fendley and the late Mrs. Annie Mae Ellison Fendley. Mr. Fendley served in the United States Army as a Private First Class, earning a National Defense Medal and Good Conduct Medal. After the army, he worked for Lockheed as an assembly supervisor for many years. He enjoyed fixing and repairing anything that needed it, he was a âJack of all trades.â Mr. Fendley served as a Deacon for many years at Flat Rock Baptist Church. In addition to his parents, he was preceded in death by his wife, LouEllen Martin Fendley and daughter, Melinda Fendley.He is survived by his wife, Edith Warren Fendley; daughter and son-in-law, Sandra and Philip Harrington of Carrollton; sons and daughters-in-law, Louis Stephen and Melanie Fendley of Villa Rica, Robert (Will) and Robin Fendley of Villa Rica; eight grandchildren; ten great grandchildren. The family will receive friends at Jones-Wynn Funeral Home in Villa Rica, Tuesday, April 9, 2019 from 5:00 PM until 8:00 PM. Funeral Services will be conducted Wednesday, April 10, 2019 at 11:00 AM from the Chapel of Jones-Wynn Funeral Home with Rev. Ronnie Puckett officiating. Interment will follow at Glenn Memorial Park. Those desiring to do so may make donations to Lions Vision Research Foundation, Inc. at LVRF, P.O. Box 1714, Baltimore, MD 21203 or Disabled Veterans Association at www.dav.org. Messages of condolence may be sent to the family at www.jones-wynn.com. Jones-Wynn Funeral Home Inc. and Cremation Services of Villa Rica in charge of arrangements. 770-459-3694

Honor the life of Willie Fendley

Please share a condolence, photo or memory of Willie. We welcome all condolences that are positive and uplifting that will help family and friends heal.