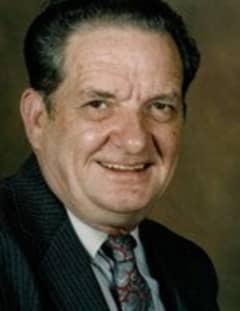 Mr. William James Stowers, 88, of Douglasville, Georgia passed away Wednesday, August 22, 2018. He was born November 6, 1929 in Atlanta, Georgia the son of the late Mr. Claude Edward Stowers and the late Mrs. Annie Mae Henderson Stowers. He married Inez Kent on December 27, 1947 in Dallas, Georgia. He was a veteran of the United States Air Force. He worked as a printer for Service Printing Company. He was a member of the American Legion #131 Boulder Park in Atlanta. In addition to his parents, he was preceded in death by his wife, Inez Kent Stowers; son-in-law, Bill Maddox; grandchildren, Kelli Claire; great-grandchildren, Holly Claire and Eddie B. Sharp; sisters, Doris Peppers and Lorraine Compton; and brother, Wayne Stowers. He is survived by his daughter, Christine Maddox of Douglasville; son and daughter-in-law, Curtis E. and Michelle Stowers of Jackson; brother, Gary Stowers of Dallas; grandchildren, William McElhannon of Dahlonega and James Joshua McElhannon of Douglasville, Karri Sharp, Kassi Maddox, J.W. Lal and Crystal Cochran both of Jackson; 14 great-grandchildren; 10 great-great grandchildren; four nieces and four nephews. The family will receive friends at Jones-Wynn Funeral Home in Douglasville, Saturday, August 25, 2018 from 2:00 PM until 4:00 PM. Funeral Services will be conducted Saturday, August 25, 2018 at 4:00 PM at the Chapel of Jones-Wynn Funeral Home in Douglasville with Rev. Jim Grieme officiating. Interment will follow at Mozley Memorial Gardens in Lithia Springs. Messages of condolence to the family may be sent at www.jones-wynn.com Jones-Wynn Funeral Home & Crematory of Douglasville is in charge of arrangements. 770-942-2311

Honor the life of William Stowers