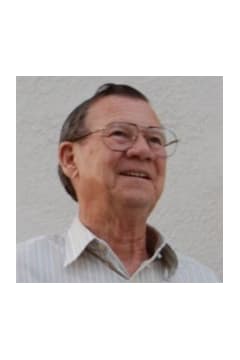 Mr. William Harrison Sizemore, age 77, of Lithia Springs, Georgia passed away Sunday, July 21, 2013 at Wellstar Douglas Hospital. He was born August 17, 1935 in Dallas, Texas the son of the late Mr. Boyd Brown Sizemore and the late Mrs. Maggie Lou Slack Sizemore. He served in the United States Army. He married Jane Lichte on October 12, 1962 in Belton, Texas. He retired as a manager of Ingles Grocery Store. He was a member of the Lions Club and he enjoyed woodworking. Mr. Sizemore was a member of Midway United Methodist Church in Douglasville. In addition to his parents, he was preceded in death by his son-in-law, Tom W. Lester; sister, Lou Jean McCurry; brothers, Boyd Brown Sizemore, II and Donald James Sizemore. He is survived by his wife of 50 years, Jane Lichte Sizemore of Lithia Springs, Georgia; daughters and son-in-law, Ann Lester of Hiram, Georgia and Tricia and Jay Ritch of Salado, Texas; sons and daughters-in-law, Alan and Cindy Sizemore of Victoria, Texas, Michael Sizemore of Lithia Springs, Georgia, Donald Sizemore of Lithia Springs, Georgia, and Pastor Bill and Telesa Williams of Edmond, Oklahoma; several grandchildren, great-grandchildren, nieces and nephews. The family will receive friends at Jones-Wynn Funeral Home, Douglas Chapel Wednesday, July 24, 2013 from 6:00 PM until 8:00 PM. Funeral Services will be conducted Thursday, July 25, 2013 at 11:00 AM at the Chapel of Jones-Wynn Funeral Home with Rev. Frank Boone and Pastor Bill Williams officiating. According to the familyâs wishes he will be cremated following the service. Messages of condolence may be sent to the family at www.jones-wynn.com. Jones-Wynn Funeral Home & Crematory, Inc. of Douglasville is in charge of arrangements. 770-942-2311