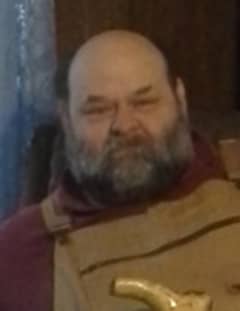 Mr. William Scott Sigers, age 56, of Villa Rica, passed away, Wednesday, December 23, 2015. He was born May 8, 1959 in Atlanta the son of Mr. Aaron Knox Sigers and the late Mrs. Ruth Vaughn Sigers. He worked for West Atlanta Security for many years. Mr. Sigers was an avid coin collector. He was a good father and a good man. He was a child of GodHe was preceded in death by his step-brother, Buster Letson. He is survived by his wife, Nancy Ann Sigers of Villa Rica; daughter, LeAnn Sigers of Villa Rica; father and stepmother, Aaron and JoAnn Sigers; brother, Ron Sigers of Carrollton; stepsister, Lynn Sims of Texas; stepbrother, LaRue Letson of Florida; several nieces and nephews also survive. Memorial Services will be conducted Saturday, January 9, 2016 at 3:00 PM from New Vision Baptist Church with Pastor George Hill officiating. In lieu of flowers the family asks that contributions be made to the American Diabetes Associations, 17 Executive Park Drive, Atlanta, Georgia, 30329 or American Kidney Foundation, 7 Dunwoody Park, Suite 121, Dunwoody, Georgia, 30338. Messages of condolence may be sent to the family at www.jones-wynn.com. Jones-Wynn Funeral Home, Inc. and Cremation Services of Villa Rica in charge of arrangements. 770-459-3694

Honor the life of William Sigers