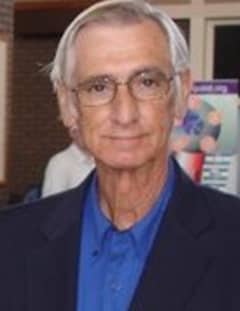 William Murray Sanford, son of the late William Earl and Frieda Claussen Sanford was born July 20, 1941, in Lambert, Mississippi, and died November 9, 2013 in Marietta, Georgia. He graduated from Marks (Mississippi) High School and Delta State University in Cleveland, Mississippi. At Delta State he helped manage various sports teams including the only DSU football team to appear in a Bowl Game. After graduation, he taught history and geography in Greenwood and Greenville, Mississippi and coached track and field teams. He had state winning-teams at both Greenwood High and Bass Junior High, Greenville, Mississippi. He served his country as a US Marine Corps Reservist. He continued his teaching and coaching career at Pebblebrook, Mableton, Georgia where he was coach of the year (1977-78) in Cross Country and coach of the state winners in Cross Country. He also taught and coached at Lassiter High School. He joined the USATrack and Field Georgia where he served in various positions. He was honored by USATF Georgia with a Presidentâs Award in 2013. Other honors include the Andy Bakjian Outstanding Official Award in 2005, the John Davis Award in 2003, and received the USATF Chair Award in 1999. In 2007 he was elected to the USATF Officials Hall of Fame. Mr. Sanford worked with the Dekalb International Training Center and was one of its representatives to meetings in Tunis, Mali, Dominican Republic, Morocco, and China. He attended the Summer Olympic Games in Montreal, Moscow, Atlanta, and Beijing and was present at workshops in New Zealand and England. He leaves his sisters Jonett Sanford (John White) Valentine, Cleveland, MS, and Mary Sanford (Gary) Collins, Douglasville, GA; nephew, Christopher John Valentine, Cleveland, MS, and nieces Jillian Collins (Richard) Walker, Carrollton, GA, and Stacy Collins (Todd) Young, Apopka, FL as well as great nieces McKenna Catherine Walker, Carrollton, GA, Sydney Grace and Shelby Leigh Young of Apopka, FL and his aunt Laura Sanford Osterberg of Salem, Oregon. A Memorial Service will be conducted Sunday, November 24, 2013 at 1:00 PM at Piedmont Church, 570 Piedmont Road, Marietta, GA 30066. His remains will be interred in the First Marks Cemetery in Marks, Mississippi. Memorials may be made to the W. Murray Sanford Memorial Fund, at Wells Fargo Bank or sent to treasurer@usatfga.org via PayPal.com. Messages of condolence may be sent to the family at www.jones-wynn.com. Jones-Wynn Funeral Home and Crematory, Inc. of Douglasville is in charge of arrangements.

Honor the life of William Sanford