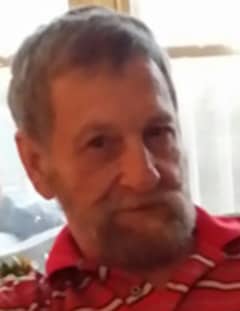 Mr. William âBillâ Lee Karr, 73, of Canton, Georgia passed away January 30, 2017 at Northside Hospital in Canton. He was born June 1, 1943 in Atlanta, Georgia, the son of the late Mr. Clarence Eugene Karr, Sr. and the late Mrs. Birtice Dyer Karr. He was a veteran of the United States Army and worked as a pressman. He loved the Atlanta Falcons and Atlanta Braves. He enjoyed playing pool, fishing, and boating. In addition to his parents, he was preceded in death by a sister, Velvie Karr Watson; brothers, Clarence Eugene Karr, Sr. and Robert Cecil Karr; and a nephew, Gary Paul Karr. He is survived by three daughters and sons-in-law, Lynn Karr Eaves and David Eaves of Temple, Tammy Karr Spraggins of Temple, and Chris Robinson Glass and Rob Glass of Ohio; sisters and brother-in-law, Mildred Karr Wade of Marietta and Ann and Ted Otwell of Douglasville; sisters-in-law, Genie Karr and Connie Karr; grandchildren, Heather Roehl and her husband, Daniel, Ashley Reeves, Kimberly Spraggins, Kayla Marquet and her husband Michael, Kacey Fischer and her husband Cameron, Emma Glass, Katie Glass, and Sam Glass; great-grandchildren, Hunter Reeves, Brielle Reeves, Sophie Spraggins, Carolina Fischer, Ellee Roehl, and Lucas Marquet; numerous nieces and nephews. The family will receive friends at Jones-Wynn Funeral Home in Douglasville, Friday, February 3, 2017 from 10:00 AM until 11:00 AM. Memorial Services will be conducted Friday, February 3, 2017 at 11:00 AM at the Chapel of Jones-Wynn Funeral Home in Douglasville with Rev. Gene Fields officiating. In lieu of flowers, memorial contributions may be made to Soldiers Angels, Wounded Warriors, the American Lung Association, or the American Heart Association. Messages of condolence to the family may be sent at www.jones-wynn.com. Jones-Wynn Funeral Home & Crematory of Douglasville is in charge of arrangements. 770-942-2311

Honor the life of William Karr