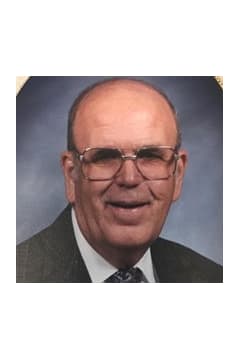 Mr. William Clay Hix, 87, of Dallas, GA passed away, Monday, April 10, 2017 at Wellstar Paulding Hospital in Dallas. He was born, October 1, 1929 in Dallas, GA the son of the late Henry Clay Hix and the late Ethel McBrayer Hix. He was a Shipping Clerk for International Harvester Equipment and was a member of the Pine Ridge Baptist Church. He had a great love for the mountains and sight-seeing and loved camping with his family and friends. He was also a huge sports enthusiast. In addition to his parents he was preceded in death by his son, Robert Hix, his brother, Hulet Hix and his sister, Elsie Hix Willingham. Survivors include his wife of 66 years, Mrs. Irma Gertrud Elsbeth Wendorf Hix of Dallas, daughter and son-in-law, Margaret and James Powers of Carrollton, 3 grandchildren, 7 great grandchildren, 2 great great grandchildren; several nieces and nephews also survive. The family will receive friends at Jones-Wynn Funeral Home Wednesday, April 12, 2017 from 5:00 PM until 8:00P.M . Funeral services will be conducted Thursday, April 13, 2017 at 3:00 PM from the Pine Ridge Baptist Church with Brother Toby Powers officiating. Interment will follow in the Pine Ridge Cemetery. Messages of condolence may be sent to the family at www.jones-wynn.com Jones-Wynn Funeral Home and Cremation Service of Villa Rica is serving the Hix Family.

Honor the life of William Hix