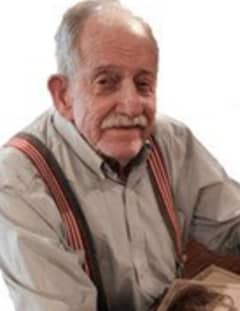 Mr. William Lewis âBillâ Hansard, 87, of Lithia Springs, Georgia passed away Friday, August 17, 2018. He was born February 15, 1931 in Tallapoosa, Georgia the son of the late Mr. John Barton Hansard and the late Mrs. Carrie Speights Hansard. He was a veteran of the United States Air Force having served as an Airman First Class. He retired from Southern Bell after 32 ½ years as a Test Desk Technician. He was a member of Lithia Springs United Methodist Church. He was a member of the Battle Hill Masonic Lodge #523 F&AM. Devoted to his family, he was a loving husband, father, grandfather, and a beloved uncle. In addition to his parents, he is preceded in death by his brothers, Jefferson Hansard, Clark Bagby, and Paul Hansard; sisters, Beatrice Hansard, Margie Wommack, Hazel Bagby Griffith, Naomi Hansard Turner, and Fay Hansard Bannister. He is survived by his wife of 60 years, Carolen Belcher Hansard of Lithia Springs; daughter and son-in-law, Angela Hansard McDaniel and Chris McDaniel of Decatur; son and daughter-in-law, Bart Hansard and Anne Towns of Young Harris; two grandchildren, Haley McDaniel and William McDaniel; several nieces and nephews. Memorial Services will be conducted Sunday, August 26, 2018 at 3:00 PM at the Chapel of Jones-Wynn Funeral Home in Douglasville with Rev. Jane Nugent, Leeann Hand Cook, and Dr. Charlie Green officiating. Family remembrances will be by Angela Hansard McDaniel and Bart Hansard. A reading will be by Haley McDaniel. The family plans an inurnment at a later date at Westview Cemetery in Atlanta. In lieu of flowers, Bill would have liked anyone who so wished to send donations to a schoarship fund in his beloved Carolen’s name to continue the musical education and careers of college students at her undergrad, Converse College. He loved how she reached out to students and always supported her plays, concerts, and functions. Those desiring to do so are invited to send donations to The Carolen Belcher Hansard â56 endowed Scholarship at Converse College. Bill dearly loved hearing his beloved bride play the piano, and how she reached out and touched students throughout her career. This scholarship honors his contributions to her work, and would be grateful to any help you feel capable of bestowing. The address to donate is: Converse College, 580 East Main Street, Spartanburg, SC 29302 Attention: The Carolen Belcher Hansard â56 Endowed Scholarship at Converse College or you may contact Converse.edu Messages of condolence to the family may be sent at www.jones-wynn.com. Jones-Wynn Funeral Home & Crematory of Douglasville is in charge of arrangements. 770-942-2311

Honor the life of William Hansard