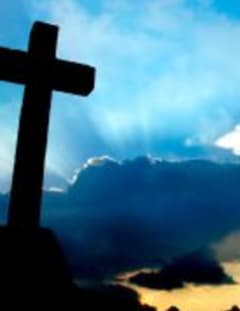 Mr. William Lanier âW.L.â Gazaway, 81, of Douglasville, Georgia passed away Tuesday, May 5, 2015. He was born April 12, 1934 in Atlanta, Georgia, the son of the late Mr. Elzo Lanier Gazaway and the late Mrs. Bessie Ida Pritchett Vaughan. He worked as a painter and automobile bodyman. He was a member of Welcome Hill Baptist Church in Douglasville. He was a talented musician and played in the Blue Grass Inc. Band, which had five albums produced. In addition to his parents, he was preceded in death by his wife, Betty Jean Cotton Gazaway on February 25, 2006; a grandson, Bryan Collins and brother, Johnny Vaughan. He is survived by daughter, Beverly Laney of Villa Rica; son and daughter-in-law, Tony and Susan Gazaway of Douglasville; sisters and a brother-in-law, Elzonia and Gene Willis of Bremen, Nancy Warren of Carrollton, and Sallie Winslow of Douglasville; brother, Watson Gazaway of Alabama; grandson, Anthony Laney and his wife, Elizabeth of Villa Rica; one great-grandchild, Chandler Collins of Dallas; several nieces and nephews also survive. The family will receive friends at Jones-Wynn Funeral Home in Douglasville, Wednesday, May 6, 2015 from 5:00 PM until 8:00 PM. Funeral Services will be conducted Thursday, May 7, 2015 at 11:00 AM the Chapel of Jones-Wynn Funeral Home in Douglasville with Rev. Johnny Ivey officiating. Interment will follow at Mozley Memorial Gardens in Lithia Springs. Messages of condolence to the family may be sent at www.jones-wynn.com. Jones-Wynn Funeral Home & Crematory of Douglasville is in charge of arrangements. 770-942-2311

Honor the life of William Gazaway