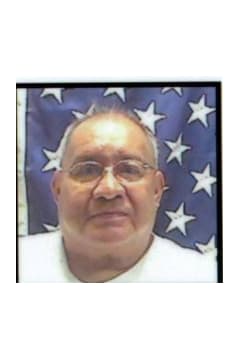 William âBillâ John Estrada, age 61, of College Park, Georgia passed away Tuesday, January 7, 2014. He was born January 25, 1952 in Dalton, Nebraska. Bill was raised in Bridgeport, Nebraska and Atlanta, Georgia. He was an honors graduate of Sylvan Hills High School in Atlanta, Georgia and DeKalb Community College in Decatur, Georgia. Bill served 4 years in the United States Navy aboard the USS America and received the National Defense Service Medal, Republic of Vietnam Campaign Medal, Vietnam Service Medal, and Meritorious Unit Commendation. After his service in the Navy, he worked in restaurant management for many years. Bill was a very outgoing person and always the âlife of the partyâ. He could carry on a conversation with anyone about any subject and never met a stranger. He was an avid sports fan and enjoyed watching all sports on television, especially the NBA and Tennis. Bill was very religious and spent time daily reading and studying his Bible, and praying. His son was his pride and joy, and Bill deeply valued his relationships with his family and friends. He is preceded in death by his son, Eric Jason Estrada. Bill is survived by a large loving family and many caring friends. The family will receive friends at Jones-Wynn Funeral Home in Douglasville, Saturday, January 18, 2014 from 1:00 PM until 2:00 PM. Memorial Service will be conducted Saturday, January 18, 2014 at 2:00 PM from the chapel of Jones-Wynn Funeral Home. In lieu of flowers, contributions may be made to Paralyzed Veterans Southeastern Chapter, PAV Chapter, 4010 Deans Bridge Road, Hephzibah, Georgia, 30815. 706-796-6301 or at www.southeasternpva.org. Messages of condolence may be sent to the family at www.jones-wynn.com. Jones-Wynn Funeral Home and Crematory of Douglasville in charge of arrangements.

Honor the life of William Estrada