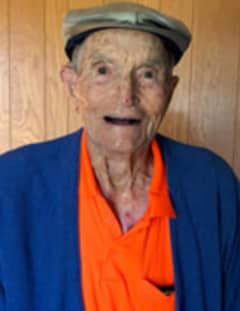 Mr. William Floyd Creel, 97, of Lithia Springs, Georgia passed away Monday, July 16, 2018, at home. He was born January 25, 1921, in Douglas County, Georgia, the son of the late Mr. William Stephen Creel and Mrs. Mary Lou James. He was a member of the First Baptist Church of Lithia Springs, Georgia. He worked as a contractor, particularly in the Douglas and Cobb County areas for decades. He was a veteran having served in the United States Navy. In addition to his parents, he was preceded in death by his wife, and the love of his life, Anna Bell âAnnâ Creel, and his sisters, Nellie Glover and Verdine Couch. He is survived by his daughters and son-in-law, Jo Anna Creel, Janet Creel Jones and Randall Jones of Lithia Springs; 5 grandchildren, Toni Bell, Stephen Creel, Justin Jones, Tyler Jones, and Scott Jones; and 4 great-grandchildren, Jason, Sydney, Spencer and Madelyn. The family will receive friends at Jones-Wynn Funeral Home, Douglas Chapel in Douglasville, on Wednesday, July 18, 2018 from 2:00 PM to 4:00 PM. Interment and graveside service, with Rev. Kevin McKoy officiating, will follow at Sunrise Memorial Gardens with military honors rendered by the United States Navy Honor Guard. Messages of condolences to the family may be sent from www.jones-wynn.com. Jones-Wynn Funeral Home, Douglas Chapel is serving the Creel Family. 770-942-2311.Memorial contributions may be made in his memory to the American Heart Association or veterans organization of your choice.

Honor the life of William Creel