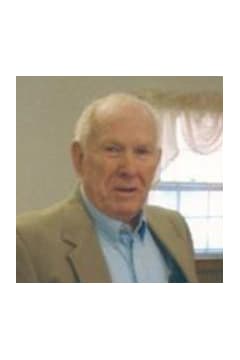 Mr. William Clifford Cole, Jr., age 85, of Villa Rica passed away Tuesday, June 12, 2012 at his residence following an extended illness. He was born February 24, 1927 in Villa Rica the son of the late Mr. William Clifford Cole, Sr. and the late Mrs. Freddie Edge Cole. He will be remembered for his many years of volunteer work, his kind and generous heart and the great love he had for his family. He was a veteran of World War II, having served in the U.S. Navy in the Pacific on an LST as a radar operator. On October 7, 1942 he became Villa Ricaâs first Eagle Scout and in later years helped with the Scouts. He was also Villa Ricaâs first ham radio operator. He was a long time member of the First Baptist Church of Villa Rica where he served in several positions through the years. He attended Villa Rica High School, Gordon Military College and West Georgia College. After working many years for Thomas Edison Industries, he returned to college now the University of West Georgia, where he received his Masterâs degree and was the counselor and assistant principal of Villa Rica High School for 18 years before retiring in June 1987. From 1950-1957 he worked as a volunteer with the Villa Rica Police Department and the Douglas County Sheriff Department. In 1957 he helped organize the Civil Defense and later became its Director. For over 50 years he was a volunteer fireman. He also did volunteer work with the Red Cross, Douglas County Rescue Team, Carroll County Rescue Squad and the Southern Baptist Disaster team. His last two assignments as a volunteer were with the Gainesville Southern Baptist Disaster team to work a week in New York after 9-11 and with the Southern Baptist Disaster team to work in Mississippi after hurricane Katrina. In addition to his parents, he was preceded in death by his son, William David Cole on Dec. 10, 1981. He is survived by his beloved wife of 61 years, Nan Cliatt Cole of Villa Rica; daughter and son-in-law, Pam and Max Davidson of Carrollton; one granddaughter, Marcie and Chris Calhoun of Atlanta, one grandson, Corey and Meghan Davidson of Atlanta, two great grandsons, Cole Davidson and Evan Calhoun both of Atlanta, brother and sister-in-law, Charles and Yvonne Cole of Villa Rica; one niece, two nephews and 9 great nieces and nephews also survive. The family will receive friends Wednesday, June 13, 2012 from 5:30 PM until 8:30 PM from Jones-Wynn Funeral Home in Villa Rica. Funeral Services will be conducted Thursday, June 14, 2012 at 11:00 AM from the Chapel of Jones-Wynn Funeral Home with Rev. Rick Hunt and Chaplain Sam Braswell officiating. Interment will follow in Meadowbrook Memory Gardens in Villa Rica. In lieu of flowers contributions may be made in Memory of Mr. Cole to the building fund of the First Baptist Church, 1483 West Hwy 78, Villa Rica, GA 30180. Messages of condolence may be sent to the family at www.jones-wynn.com. Jones-Wynn Funeral Home, Inc., Cremation Services and Memorial Gardens of Villa Rica in charge of arrangements. 770-459-3694

Honor the life of William Cole