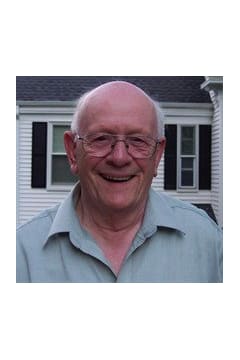 Mr. William Bill Paul Havey, age 82, of Lithia Springs, Georgia passed away Sunday, September 15, 2019. He was born May 26, 1937 in Boston, Massachusetts, the son of the late Mr. Edgar Nelson Havey and the late Mrs. Ethel Mary McGeehan Havey. Mr. Havey was a veteran of the United States Army and retired from West Lynn Creamery in Lynn, Massachusetts. He was a history buff and genealogist. Mr. Havey was known as Mr. Fix It and computers played a large role in his life. He was of the Catholic faith. In addition to his parents, Mr. Havey was preceded in death by his son, Jackie Havey and his sister, Ruthie Marranzini. He is survived by his wife of 59 years, Mrs. Margaret Elizabeth King Havey of Lithia Springs; his daughters and sons-in-law, Elaine and Tim Buckley of Wakefield, Massachusetts and Crissy and Reggie Hudson of East Point, Georgia; his son and daughter-in-law, Paul and Julie Havey of Amesbury, Massachusetts; his sisters, Barbara Nee of South Boston and Peggy Winter of Brattleboro, Vermont; 6 grandchildren; and several nieces and nephews also survive. The family will receive friends at Jones-Wynn Funeral Home in Douglasville, Friday, September 20, 2019 from 2:00PM until 3:00PM. Memorial services will be conducted Friday, September 20, 2019 at 3:00PM from the Chapel of Jones-Wynn Funeral Home of Douglasville with Minister Fred Dudley officiating. According to Mr. Haveys wishes, he will be cremated. In lieu of flowers, those desiring to do so, may make donations In Memory of William Paul Havey to World Central Kitchen at www.wck.org to assist families impacted by hunger and poverty. Messages of condolences may be sent to the family at www.jones-wynn.com. Jones-Wynn Funeral Home of Douglasville is in charge of the arrangements. 770-942-2311

Please share a condolence, photo or memory of William “Bill”. We welcome all condolences that are positive and uplifting that will help family and friends heal.