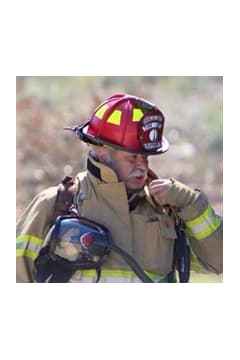 Mr. William âBillâ Rayford Ferguson, III, 61, of Douglasville, Georgia passed away Monday, January 19, 2015. He was born March 17, 1953 in Fulton County, Georgia, the son of Mrs. Flossie Lujean Fowler Ferguson and the late Mr. William Rayford Ferguson, Jr. He worked as a firefighter, serving six years with the City of Austell and 36 years with the Douglas County Fire Department. He followed in his fatherâs footsteps, and was a member of a Southern Gospel Menâs Quartet. He enjoyed being a part of a Living Christmas Tree at New Hope Baptist Church in Fayetteville, Georgia for 25 years. He was a member of The Church at Chapel Hill in Douglasville. In addition to his father, he was preceded in death by his brother-in-law, David Alan Iddins. He is survived by his wife, Cindy Iddins Ferguson of Douglasville; his sons, Iain Andrew Ferguson of Douglasville, William Rayford Ferguson IV of Lithia Springs, and Jeremy Adam Ferguson of Douglasville; daughter, Amanda Jane Ferguson of Douglasville; his mother, Flossie Lujean Fowler Ferguson of Rockmart; sisters and a brother-in-law, Vicki Ferguson of Rockmart and Sandy and Jimmy Jones of Rockmart; father-in-law and mother-in-law, Caleb Vernon Iddins and Alice Virginia Iddins of Sharpsburg; two sisters-in-law, Belinda Dawn and Chuck Harrison of Sharpsburg and Robbin Lynn Iddins of East Point; several grandchildren, nieces, and nephews. The family will receive friends at The Church at Chapel Hill, Monday, January 26, 2015 from 1:00 PM until 2:00 PM. Memorial Services will be conducted Monday, January 26, 2015 at 2:00 PM at The Church at Chapel Hill in Douglasville. Messages of condolence to the family may be sent at www.jones-wynn.com. Jones-Wynn Funeral Home & Crematory of Douglasville is in charge of arrangements. 770-942-2311

Please share a condolence, photo or memory of William “Bill”. We welcome all condolences that are positive and uplifting that will help family and friends heal.