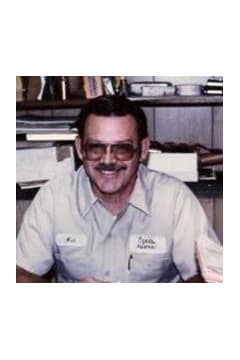 Wilbur Eugene “Bud” Cross, 79, of Douglasville quietly departed us on July 16, 2011, in his marital home after a long illness. He is survived by his wife of 61 years, Elinor Louise Englett Cross; his daughter, Marlowe and husband Hugh Hardy of Gotha, Florida; son, Wilbur âGeneâ and wife Amy Cross of Douglasville; son, Chris Cross of Douglasville; sister, Marthalee and husband Robert Novak of Prescott, Michigan; ten grandchildren, 7 great-grandchildren, as well as numerous nieces, nephews and cousins. He played an integral part in the lives of his extended family, friends and in-laws. âBudâ was born July 24, 1932 in Toledo, Ohio to the late Mildred Marie and Elmer Franklin Cross. He is preceded in death by his brothers, Darrell R. and George E. and sister, Ruby Mae. He served 21 years through the Korean and Vietnam Wars and retired as E7 Sergeant Employment. Following the military, he founded his own sewer and drain company, Cross and Sons, Inc. He was also a founding member of Arbor Heights Baptist Church. He was stationed at Alaskaâs Fort Wainwright in Fairbanks, Californiaâs Fort Ord on Monterey Bay and South Carolinaâs Fort Stewart. Following the military, searching for an honest way to provide for his family, Bud eventually mastered the plumbing and jet cleaning profession and soon founded his own company, Cross and Sons Plumbing. Bud loved the outdoors; camping, hunting and fishing with friends and family. As a father and model citizen, he was always involved in the lives of his childrenâs activities and their friends by leading Boy Scout troops, the Boys and Girls Club of Douglasville, flying model airplanes, Archery Clubs in Alaska and California, Moose Lodge, Rifle club. He was also President of the board at Unicoi Springs Camp resort and President of The Retired ENLISTED Association (TREA). He was a religious man and of the Baptist faith. He often aided in spreading the Good Word and building the faith. He was Deacon at West End Baptist Church in Atlanta, when he joined fellow parishioners in meeting in the Capitol View Church Gymnasium. Upon moving to the Douglasville area, he first opened his home for praise and worship in 1973. During that time he and his religious brothers and sisters sought out and purchased land to build and found the Arbor Heights Baptist Church on Reynolds Road in 1974. He was instrumental in the building of the Unicoi Springs Camp Resort Chapel and gardens as well. His bond with others in his business life and personal life was unquestionable. Many thanks to his dear friends in those numerous clubs and leagues and businesses, who spent countless hours, built fond memories and made Budâs life richer, but being the Man that he was, he enriched the life of all who knew him. Visitation will be Monday, July 18, 2011 from 4:00 PM until 9:00 PM with funeral services being conducted Tuesday, July 19, 2011 at 11:00 AM in the chapel of Jones-Wynn Funeral Home in Douglasville. Interment will follow at West View Cemetery in Atlanta. Officiate is Pastor Andy Gray of Arbor Heights Baptist Church. In lieu of flowers, the family requests donations be made to Altus Healthcare and Hospice, Inc. at 151-A North Bay View Drive Villa Rica, GA 30180, who devoted two years of affectionate service to his care. Messages of condolences may be sent to the family at www.jones-wynn.com. Jones-Wynn Funeral Home, Inc., Cremation Services and Memorial Gardens of Douglasville in charge of arrangements. 770-942-2311

Honor the life of Wilbur Cross

Please share a condolence, photo or memory of Wilbur. We welcome all condolences that are positive and uplifting that will help family and friends heal.