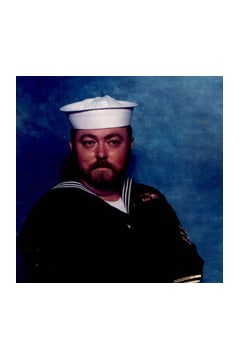 Mr. Wesley H. Stroud Jr. (Hank), 70, of Lithia Springs, Georgia passed away Wednesday, November 23, 2016 at his residence, following an extended illness. He was born December 5, 1945 in Austell. He was a veteran of the United States Navy having served during the Vietnam War. He retired as a truck driver. He loved his grandchildren very much. They lovingly called him âGrumpyâ. He loved traveling and going antiquing. He was preceded in death by the grandparents that raised him, Herman H. Stroud and Blanche Bullard Stroud; father, Wesley H. Stroud, Sr. and a brother, Bobby Stroud. He is survived by his wife, Charlyn Kay Stroud of Lithia Springs; three daughters and sons-in-law, April and Randy Hutchins, Amy and Ken Henkel, and Alisa and David Tucker; Stepmother, Vera Stroud; Sisters, Karen Eidson and Linda Sewell; Brothers, Richard Stroud and Preston Stroud; six grandchildren, Amber, Austin, Kaley, Clark, Charley, and Jackson; great-granddaughter, Ellie; several nieces and nephews. The family will receive friends at Jones-Wynn Funeral Home in Douglasville, Sunday, November 27, 2016 from 5:00 PM until 8:00 PM. Funeral Services will be conducted Monday, November 28, 2016 at 11:00 AM at the Chapel of Jones-Wynn Funeral Home in Douglasville. Interment and Graveside Services will be Monday, November 28, 2016 at 2:00 PM at Georgia National Cemetery in Canton. Military Honors will be provided by members of the United States Navy Honor Guard. Messages of condolence to the family may be sent at www.jones-wynn.com. Jones-Wynn Funeral Home & Crematory of Douglasville is in charge of arrangements. 770-942-2311

Please share a condolence, photo or memory of Wesley. We welcome all condolences that are positive and uplifting that will help family and friends heal.