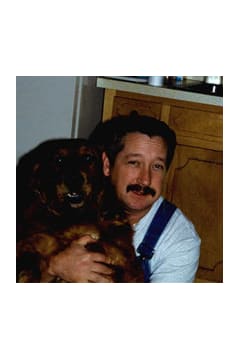 Mr. Wayne Cleveland âW.C.â Darnell, 62, of Winston, passed away Thursday, December 17, 2015. He was born September 18, 1953 in Atlanta, Georgia, the son of the late Mr. William Glenn Darnell and the late Mrs. Ozie Mae Carter Darnell. He worked as the Shop Supervisor at Mortenson in Union City. He was a member of the Douglasville Masonic Lodge #289 F&AM. He enjoyed racing cars, especially drag racing the âWet Paintâ car. He enjoyed hanging with the guys, playing pool, wrestling, and boxing. He was an avid fan of NASCAR. He loved children and older people. In addition to his parents, he was preceded in death by his brothers, Jerry Darnell and Kenneth William Darnell; sisters, Joan Shirley Clark and Brenda Juanita Smith; and brother-in-law, Joseph Porter. He is survived by sister, Patricia Porter of Winston; brother, Ronnie Darnell of Douglasville; sister-in-law, Rose Darnell of Stockbridge; girlfriend of 33 years, Sheila Gale Moore of Lithia Springs; several nieces, nephews, great-nieces and great-nephews. The family will receive friends at Jones-Wynn Funeral Home in Douglasville, Saturday, December 19, 2015 from 4:00 PM until 7:00 PM. Funeral Services will be conducted Sunday, December 20, 2015 at 2:00 PM at the Chapel of Jones-Wynn Funeral Home in Douglasville. Interment will follow at Sunrise Memorial Gardens. Messages of condolence to the family may be sent at www.jones-wynn.com. Jones-Wynn Funeral Home & Crematory of Douglasville is in charge of arrangements. 770-942-2311

Honor the life of Wayne Darnell