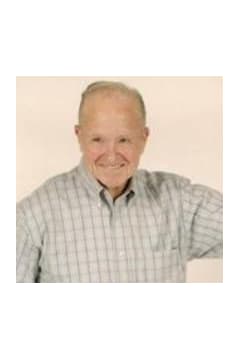 Mr. Wayne C. Camp, Jr., age 80, of Douglasville, Georgia went home to be with the Lord, his wife of 49½ years and family and friends on Monday, December 31, 2012. He was born February 9, 1932 in Fulton County, Georgia, the son of the late Mr. Wayne C. Camp, Sr. and the late Mrs. Ada Nations Camp. He was a member of the Roosevelt High School-The Crimson Tide graduating Class of 1952. He married Shirley King on October 17, 1958. Shirley went home to be with the Lord on April 19, 2007. He was a member of Freedom Fellowship Church in Austell. Mr. Camp was a plumber and a retired member of the U.A. Local 72 Plumbers and Pipefitters of Atlanta, Georgia for 45 years. He loved spending time with his family and church family. He was an avid hunter, fisherman, football fan, baseball fan and enjoyed cooking out. He enjoyed the beach and lake activities. In addition to his parents, he was preceded in death by his wife, Shirley Evelyn King Camp; and sister, Katherine Gayton. He is survived by two sons, Wayne C. Camp, III of Douglasville and Dwayne Camp and daughter-in-law, Tammy Camp of Bremen; two granddaughters, Melissa Camp and Megan Camp; one great-granddaughter, Rylee Crocker all of Bremen; brother-in-law; sister-in-laws; several cousins, nieces, nephews and friends also survive. The family will receive friends at Jones-Wynn Funeral Home, Douglas Chapel, Thursday, January 3, 2013 from 5:00 PM until 9:00 PM. Funeral Services will be conducted Friday, January 4, 2013 at 2:00 PM from the Chapel of Jones-Wynn Funeral Home in Douglasville with Rev. Bob Neal, Rev. Scott Rickles, and son, Wayne C. Camp III officiating. Interment will follow at Mozley Memorial Gardens in Lithia Springs. Messages of condolence may be sent to the family at www.jones-wynn.com. Jones-Wynn Funeral Home & Crematory, Inc. of Douglasville is in charge of arrangements. 770-942-2311

Honor the life of Wayne Camp