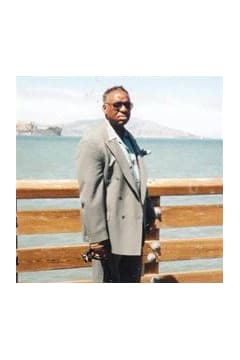 Wayne Eugene Caldwell, age 69, was born on June 12, 1946 and transitioned from this life on October 15, 2015. Born and raised in Cincinnati, Ohio, Wayne made his home in Villa Rica, Georgia with his wife, Paula, daughter Cherrelle Nunnally and son Martin. Wayneâs dedication to his family was evident throughout his lifetime. Born to the late Mary Louise Caldwell, who loved and nurtured him, Wayne was also supported by a loving family of relatives, including his grandparents, Thomas and Emma Logan, who provided a strong, stout foundation of faith. Those traditions were passed to Wayne, enabling him to live a rich, full life of dedication and service to his community. Wayneâs faith and times of prayer provided strength and comfort to all who knew him. His favorite scripture was Psalms 23: The Lord is my Shepherd.To young people in his family Wayne was a strong pillar. Even in his youth, he demonstrated leadership, care and concern for those closest to him. His wisdom provided guidance to nephews and younger cousins who cherished him as a big brother and father figure. As a student of The Ohio State University and a Wayne State University graduate, Wayneâs education and career afforded him the opportunity to learn more about the world around him. Among his colleagues, Wayne was a professional who demonstrated the ability to work with diverse teams of employees with dedication. His commitment garnered respect and love among his peers.To mourn his loss Wayne leaves his wife, Paula Austin-Caldwell, three (3) daughters, Stacie Caldwell of Cleveland, Ohio, Ebony Caldwell of Columbus, Ohio and Cherrelle Nunnally of Villa Rica, Georgia; his son Martin Caldwell also of Villa Rica, sister, Sally Caldwell-Butler of Cincinnati, Ohio, three (3) grandchildren of Columbus, Ohio, one (1) grandchild of Villa Rica, Georgia, two (2) nephews, Gene Butler and his son Wayne both of Cincinnati, Ohio, one (1) nephew, Joel Crenshaw of Douglasville, Georgia, cousin William Mills of Atlanta, aunt Carolyn Sullivan of Orlando, Florida, and a host of other relatives.The family will receive friends at Jones-Wynn Funeral Home in Villa Rica, Thursday, October 22, 2015 from 3:00 p.m. â 8:00 p.m. Graveside services will be conducted Friday, October 23, 2015 at 3:00 p.m. at Meadowbrook Memory Gardens. Deacon Ron St. Michel will officiate. Interment will follow at Meadowbrook Memory Gardens.Messages of condolences may be sent to the family at www.jones-wynn.com. Jones-Wynn Funeral Home, Inc. and Cremation Services of Villa Rica is in charge of arrangements. For more information, please call (770) 459-3694.

Honor the life of Wayne Caldwell