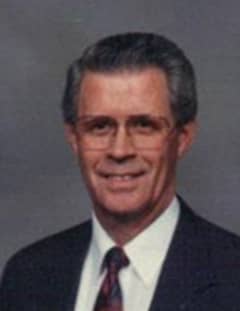 EVG W. Larry Musick, age 78, of Douglasville, passed away at Southwest Christian Care on Friday, December 23, 2016. He was born September 28, 1938 in Carroll County, Georgia the son of the late Mr. Jonathan Hubert Musick and the late Mrs. Myrtis Webb Musick. He was a member of Westview Christian Church in Hiram. Mr. Musick graduated from Whitesburg High School in 1956 and attended Atlanta Christian College receiving a BA Degree in 1968 and Lincoln Christian Seminary in Lincoln, IL receiving a Master of Divinity in 1970. Mr. Musick also served in the United States army from December of 1961 until March of 1963 as a Spec 4. Mr. Musick served as the minister of Millers Academy Christian Church in Bremen from 1966-1968, Oakland Christian Church in Oakland, IL from 1968-1974, and Douglasville Christian Church from 1974-2003. After retiring he held interim ministries in Jackson, Newnan, Whitesburg and eight years at Westside Christian Church in Hiram.He served on many committees during his ministry, among which was North West Georgia Evangelizing Association; Peach State Evangelizing Association; President of the Peach State Convention; Hospital Chaplain; Spoke and led singing in revivals; served on the board of Woodland Christian Camp. He received the President’s Award for Distinguished Service from Atlanta Christian College in 2003 in recognition of 3 decades of faithful ministry at Douglasville Christian Church. He received the Distinguished Service Award in recognition of exceptional service in the name of Christ in 2004. In appreciation of his dedication and service to Douglasville Christian Church a scholarship fund was set up at Atlanta Christian College for students training in ministry.In addition to his parents, he was preceded in death by his brother Calvin who is survived by his wife Maureen Musick. He is survived by his wife of 50 years, Peggy Daniel Musick of Douglasville; daughters and son-in-law, Melanie and Richard Graham of Powder Springs, Marcy Wagner of Douglasville; sister and brother-in-law, Ozell and Charlie Gordon of Newnan; brother and sister-in-law, Thomas and Betty Musick of Carrollton; three grandchildren, Hunter Wagner of Douglasville, Kaytlin Graham of Powder Springs, and Hannah Graham of Powder Springs; several nieces and nephews also survive.The family will receive friends at Jones-Wynn Funeral Home in Douglasville Monday, December 26, 2016 from 2:00 PM until 4:00 PM and from 6:00 PM until 8:00 PM. Funeral Services will be conducted Tuesday, December 27, 2016 at 11:00 AM from the Chapel of Jones-Wynn Funeral Home with Bro. Robin Self and Dr. Gene Morehouse officiating. Interment will follow at Meadowbrook Memory Gardens in Villa Rica. Messages of condolence may be sent to the family at www.jones-wynn.com. Jones-Wynn Funeral Home and Crematory of Douglasville in charge of arrangements. 770-942-2311

Please share a condolence, photo or memory of W. Larry. We welcome all condolences that are positive and uplifting that will help family and friends heal.