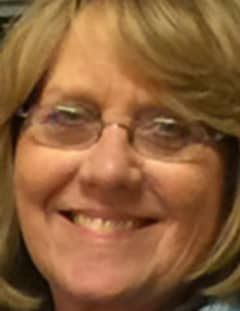 Mrs. Vicki Lynn Jackson Green, 61, of Winston, Georgia went to be with the Lord, Tuesday, March 14, 2017. She was born October 8, 1955 in Atlanta, Georgia the daughter of Mrs. Doris Street Jackson and the late Mr. Donald Lee Jackson. In 1981 she began working for the Douglas County School System as a bus driver, eventually working her way to the position of Route Supervisor in 2015. She was a loving, caring, and giving woman that devoted herself to family, friends, and coworkers. She loved their cabin in the mountains and enjoyed fishing and camping. She enjoyed working in their garden. She enjoyed Classic Cars and was an avid collector of Coca-Cola memorabilia. She was a wonderful cook. Her life will be remembered forever by those that love her dearly. She was preceded in death by her father, Donald Lee Jackson on December 30, 2008; and her husband, Emory William âBabeâ Green on June 28, 2016. She is survived by two daughters and sons-in-law, Cindy and Jeff Oden of Temple and Stephanie and Ashley Parson of Winston; her mother, Doris Street Jackson of Douglasville; sister and brother-in-law, Janet Lee and Bob Hargrove of Moore, SC; four beloved grandchildren; Kayla Underwood, Brent Oden, Brett Parson, Blakley Parson; many loving nieces and nephews, and several brothers-in-law and sisters-in-law. The family will receive friends at Jones-Wynn Funeral Home in Douglasville, Friday, March 17, 2017 from 12:00 PM until 3:00 PM. Funeral Services will be conducted Friday, March 17, 2017 at 3:00 PM at the Chapel of Jones-Wynn Funeral Home in Douglasville with Pastor Josh Smith officiating. Interment will follow at Mozley Memorial Gardens in Lithia Springs. Serving as pallbearers will be Ricky Green, Kyle Green, Josh Green, Brian Green, Derek Smith, and Andy Hester. Messages of condolence to the family may be sent at www.jones-wynn.com. Jones-Wynn Funeral Home and Crematory of Douglasville is in charge of arrangements. 770-942-2311

Please share a condolence, photo or memory of Vicki Lynn. We welcome all condolences that are positive and uplifting that will help family and friends heal.