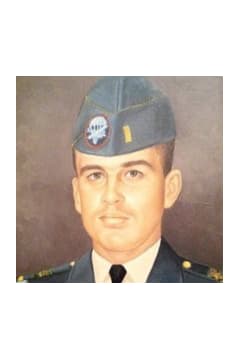 Mr. Vernon Archer Campbell, age 71, of Fruithurst, Alabama formerly of Villa Rica, Georgia passed away Friday, October 11, 2013 at his residence. He was born February 18, 1942 in Patton, Maine the son of the late Mr. Walter Campbell and the late Mrs. Agnes Torrey Campbell. He retired as a Major in the United States Army following a 20-year career which included service in Vietnam. He was decorated with many medals and badges including the Bronze Star Medal, Air Medal, Meritorious Service Medal, Army Commendation Medal with one Silver Service Star, Good Conduct Medal, National Defense Service Medal, Vietnam Service Medal with one Silver Service Star, Hawaii National Guard Commendation Medal, Vietnam Campaign Medal, Combat Infantryman Badge, and Parachutist Badge. During his military career he completed Officer Candidate School Infantry, Airborne Training, and Infantry Officer Advance classes. He was a strong supporter of education and during his time in the military he earned his Bachelors Degree in Business from the University of Nebraska and while stationed in Honolulu, Hawaii he earned his Masters degree in Business from Central Michigan State. Immediately after retiring from the military in 1980, Vern went to work for Neal Manufacturing in the Sales and Marketing Department. Neal Manufacturing was a relatively new business in Villa Rica, manufacturing asphalt related equipment. Vern was instrumental in the growth of the company and the business of sealcoating. He wrote procedures and guidelines for contractors using the equipment, conducted seminars to enhance the growth and integrity of the industry and later worked for GemSeal in Memphis, TN and SealMaster in Atlanta. Two companies that made materials used in the equipment manufactured by Neal. He also worked in sales at Tate Mfg in Alabama and Mauldin Mfg in North Carolina. He retired in 2006 for health reasons. After an outstanding 20 year military career, Vern had a successful career in business. He was liked and well respected by all who knew him. He was devoted to his family and was a loving husband, father, grandfather, and great-grandfather. In addition to his parents he was preceded in death by a brother, Walter Campbell. He is survived by his wife, Elsie Willigar Campbell of Fruithurst, AL; daughters, Monica Shuster of Tallapoosa and ReNae Britt of Heflin, AL; sister, Betty Higgins of Old Town, Maine; brothers, Milton Campbell of Meriden, Connecticut; and Melvin Campbell of Bangor, Maine; five grandchildren; eight great-grandchildren; several nieces and nephews. The family will receive friends at Jones-Wynn Funeral Home of Villa Rica, Monday, October 14, 2013 from 12:00 PM until 1:00 PM. Memorial Services will be conducted Monday, October 14, 2013 at 1:00 PM from the Chapel of Jones-Wynn Funeral Home Villa Rica. Messages of condolence may be sent to the family at www.jones-wynn.com. Jones-Wynn Funeral Home and Crematory, Inc. of Villa Rica is in charge of arrangements. 770-459-3694

Honor the life of Vernon Campbell

Please share a condolence, photo or memory of Vernon. We welcome all condolences that are positive and uplifting that will help family and friends heal.