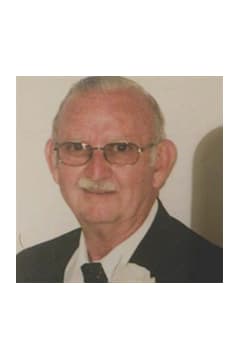 Rev. Verdell Justine âDustyâ Washington, 73, of Muscadine, Alabama passed away Saturday, March 10, 2018. He was born July 8, 1944 in the New Georgia community, the son of the late Mr. Verdell L. Washington and the late Mrs. Gertrude Johnson Washington Sprull. He retired as a cabinet maker. Dedicated to God, he served as a Pastor and a Missionary. He dedicated his life to Bible Ministry and Missionary involvement and was instrumental in the Honduras mission field. He was a member of the Living Word Church. In addition to his parents, he was preceded in death by wife, Carolyn Elizabeth Agan Washington on June 12, 2004. He is survived by his wife of 12 years, Linda Deese Washington of Muscadine, AL; daughter, Vickie Corn of Lithia Springs; sons and a daughter-in-law, Kenneth V. Washington and Vernon Scott and Debbie Washington; sister, Dorothy; brother and sister-in-law, Raymond and Susie Washington; several grandchildren, nieces and nephews. The family will receive friends at Jones-Wynn Funeral Home in Villa Rica, Tuesday, March 13, 2018 from 12:00 PM until the funeral hour. Funeral Services will be conducted Tuesday, March 13, 2018 at 2:00 PM at the Chapel of Jones-Wynn Funeral Home in Villa Rica with Rev. James Roper and Rev. John Brown officiating. Musical selections will be provided by Barbara Wisener. Interment will follow at Meadowbrook Memory Gardens in Villa Rica. Messages of condolence to the family may be sent at www.jones-wynn.com. Jones-Wynn Funeral Home and Cremation Services of Villa Rica is in charge of arrangements. 770-459-3694

Honor the life of Verdell Washington

Please share a condolence, photo or memory of Verdell. We welcome all condolences that are positive and uplifting that will help family and friends heal.