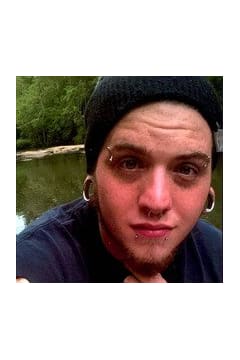 Mr. Tristin William Owen Nichols, 20, of Douglasville, Georgia passed away Wednesday, March 22, 2017 from injuries sustained in an automobile accident. He was born October 6, 1996 in Atlanta, Georgia, the son of Eddie Owen Nichols and Faith Michelle Cobb Nichols. He worked as a Traffic Control Specialist for Area Wide Protective. He was a member of the Boy Scouts of America Troop 62. He was an avid reptile and snake enthusiast. He was a talented musician, self-taught to play several different instruments. He was preceded in death by his grandparents, Doris Smith, Bill and Diane Cobb, and Robert and Delories Doom, Luther and Pauline Nichols. He is survived by his mother, Michelle Cobb Nichols of Douglasville; father, Eddie Owen Nichols of Lumpkin; his fiancé, Katherine Elizabeth Carnes; sister, Sherry Cora Nichols; brothers, Thor Nichols and his fiancé, Carrie Dunaway of Douglasville; Tyler Nichols of Douglasville, and Joseph Adahy Nichols; grandparent, B.J. Smith; niece, Allie Canup; several aunts, uncles, and cousins also survive. The family will receive friends at Jones-Wynn Funeral Home in Douglasville, Monday, March 27, 2017 from 6:00 PM until 8:00 PM. Funeral Services will be conducted Tuesday, March 28, 2017 at 2:00 PM at the Chapel of Jones-Wynn Funeral Home in Douglasville with Pastor Eugene McBrayer officiating. His body will be cremated following the funeral service. Messages of condolence to the family may be sent at www.jones-wynn.com. Jones-Wynn Funeral Home and Crematory of Douglasville is in charge of arrangements. 770-942-2311

Honor the life of Tristin Nichols

Please share a condolence, photo or memory of Tristin. We welcome all condolences that are positive and uplifting that will help family and friends heal.