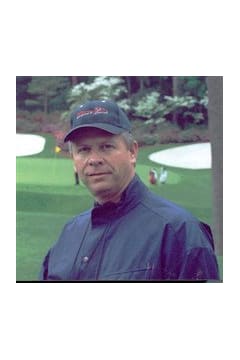 Mr. Anthony Henry âTonyâ Chandler, 61, of Douglasville, Georgia passed away Tuesday, September 5, 2017. He was born January 25, 1956 in Atlanta, Georgia, the son of the late Mr. Ervin Henry Chandler and the late Mrs. Virgie Mae Howell Chandler. He married Tammy Townsend on October 27, 1978 in Mableton. He owned and operated Chandler Glass Company. An avid outdoorsman, Tony enjoyed hunting, fishing, golfing, gardening, and hiking. He also coached girlâs softball for several years. During his younger years, he enjoyed Motocross Racing for Yamaha of Marietta. He had a great love of music. He attended many concerts and festivals and he played in a band for several years. Tony had a great love for Jesus Christ, his family, and people in general. In his childhood he was a member of Davis Chapel Church. He was a longtime member of Mt. Harmony Baptist Church and enjoyed attending Grace Baptist Church. He was preceded in death by his father, Ervin Henry Chandler on March 12, 2017 and his mother, Virgie Mae Howell Chandler on June 20, 2017. He is survived by his loving wife, Tammy Townsend Chandler of Douglasville; one daughter, Amanda Chandler of Douglasville; sister and brother-in-law, Susan Jeanine and Ken Bragg of Douglasville; niece, Kailey Bragg; nephew, Cullen Bragg; and great-niece, Reagan Mae Bragg; several other extended family also survive. The family will receive friends at Jones-Wynn Funeral Home in Douglasville, Thursday, September 7, 2017 from 5:00 PM until 7:00 PM. Funeral Services will be conducted Friday, September 8, 2017 at 2:00 at the Chapel of Jones-Wynn Funeral Home in Douglasville with Dr. Billy Wood officiating. Brian Underwood will provide the family eulogy, while David Wilson will provide the friend eulogy. Special music will be provided by Curt Poole and Bob Reid . Danny Howell will be the music leader. Interment will follow at Sunrise Memorial Gardens. The following will serve as pallbearers: Doug Donehoo, Tim Cantrell, David Wilson, Keith Cooper, J.R. Smith, Marcus Graham, and Billy Honea. Messages of condolence to the family may be sent at www.jones-wynn.com. Jones-Wynn Funeral Home & Crematory of Douglasville is in charge of arrangements. 770-942-2311

Honor the life of Tony Chandler

Please share a condolence, photo or memory of Tony. We welcome all condolences that are positive and uplifting that will help family and friends heal.