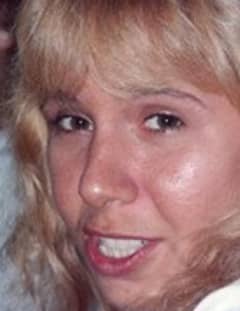 Mrs. Tina Malinda Kendrick, age 54 of Winston, Georgia passed away Saturday, August 10, 2019 surrounded by her family. She was born October 24, 1964 in Anderson, South Carolina. Tina was raised by her grandparents, Granny and Deacon Deac Burton in Belton, South Carolina. She loved them dearly. She was affectionately known as the baby. Tina would argue she was also the favorite. After marriage, Tina concentrated on her favorite occupation, being a mom and was good at it! She volunteered at the kids school and spread her motherly love to many other children as well. Some would later call her their second mother, she would also become mom to many stray cats. She woke every day to see her kids off to school, and later work. The goodbyes always ended the same: Love You. Love You More. Mrs. Kendrick is survived by her husband, Ray Kendrick of Winston, Georgia; son, Stephen Kendrick; daughter, Ashley Kendrick; sisters, Pam Huey, Sherry Thomas, Patricia Owens, Renee Brunell; brother, Kim Coker; several nieces and nephews also survive. Memorial services will be conducted Tuesday, August 13, 2019 at 2:00 PM at The Kendricks Home. Messages of condolences may be sent to the family at www.jones-wynn.com. Jones-Wynn Funeral Home of Villa Rica is in charge of the arrangements. 770-459-3694

Honor the life of Tina Kendrick

Please share a condolence, photo or memory of Tina. We welcome all condolences that are positive and uplifting that will help family and friends heal.