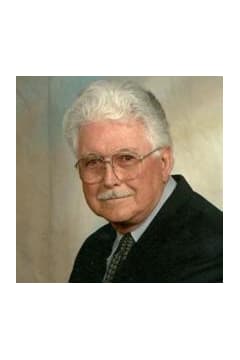 Mr. Thomas D. Pate, Sr., age 84, of Douglasville, Georgia passed away Wednesday, August 24, 2011. He was born December 22, 1926 in Atlanta, Georgia the son of the late Thomas A. and Clara Pate. He attended Kirkwood Elementary, Bass Junior Middle School and graduated from Boyâs High School January 1, 1945. He served in the U.S. Army during World War II where he was honorably discharged after nine jumps from the C-47 and C-46âs in September, 1946. He worked for the Atlanta Fire Department obtaining the rank of Battalion Chief. After retiring from the City of Atlanta, Mr. Pate accepted the position of Douglasville Fire Chief. He served the city of Douglasville until 1987. He taught volunteer fire training at the Georgia Fire Academy. After his retirement he devoted his time to gardening, beagling, and ham radio. He and his wife, Barbara enjoyed mall walking and their fellowship with new friends at Arbor Place Mall, after her retirement. He was a member of the Atlanta First United Methodist Church where he joined in the late 1950âs and served as secretary-treasurer of the Menâs Bible Class for many years and as an usher in recent years. In addition to his parents he was preceded in death by his brother, William A. Pate. He is survived by his wife of 41 years, Barbara Anita Hicks Pate of Douglasville; his children, Dawn Pate Hawkins, Thomas David Pate, Jr.; and Stephen R. Daniel; 6 grandchildren, Shawna and Travis Hawkins, Brooke Pate McMullen, Haleigh Pate, Alex Daniel and Matt Daniel; one great-grandson, Matthew Brennen McMullen. Funeral Services will be conducted Saturday, August 27, 2011 at 11:00 AM at the Douglas Chapel of Jones-Wynn Funeral Home with Dr. Charles Gardner, Dr. Robert Ozment, and Rev. Frank Windham officiating. Interment will follow at Westview Cemetery in Atlanta. The family will receive friends at Jones-Wynn Funeral Home, Douglas Chapel, Friday, August 26, 2011 from 4:00 PM until 6:00 PM and Saturday, August 27, 2011 from 10:00 AM until the funeral hour. In lieu of flowers, memorial contributions may be made to Wellstar Community Hospice, 4040 Hospital West Drive, Austell, GA 30106 or the Atlanta First United Methodist Church, 360 Peacthree Street NE, Atlanta, Georgia 30308. Messages of condolence to the family may be sent to www.jones-wynn.com. Jones-Wynn Funeral Home, Inc., Cremation Services and Memorial Gardens of Douglasville in charge of arrangements. 770-942-2311

Honor the life of Thomas Pate,Sr.