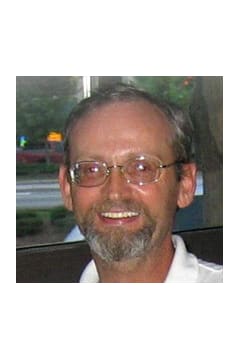 Mr. Thomas âTommyâ Jesse Bolton, Jr., age 60, passed away Thursday, March 26, 2015 at Pine Knoll Nursing Home in Carrollton, following an extended illness. He was born July 6, 1954 in Atlanta, the son of the late Mr. Thomas Jesse Bolton, Sr. and the late Mrs. Edna Ruth Slate Bolton. He was of the Baptist Faith. He worked in the sales and gardening department at Home Depot. He loved to sing and had a special knack for giving out nicknames. He was an avid gardener. He is survived by two daughters and sons-in-law, Lacinda and Shawn Foster of Winston, and Christy and Jeremy Brown of Douglasville; sisters and brothers-in-law, Jackie and Wayne Stovall of Carrollton, Theresa Hughes of Hampton, Sharon and Danny Mott of Baltimore, OH, and Judi and Ron Moody of Fairburn; brother and sister-in-law, Paul and Linda Bolton of Lithia Springs; five grandchildren; one lovingly anticipated great-grandchild due later this year; many nieces and nephews also survive. According to his wishes, the body was cremated. Memorial Services will be conducted Sunday, March 29, 2015 at 2:00 PM at New Genesis Baptist Church, 6985 Hiram Douglasville Highway, Douglasville, GA 30134 with Pastor Lloyd Latham officiating. Those desiring to send flowers, the family asks that they be delivered to the church. Messages of condolence to the family may be sent at www.jones-wynn.com. Jones-Wynn Funeral Home & Crematory of Douglasville is in charge of arrangements. 770-942-2311