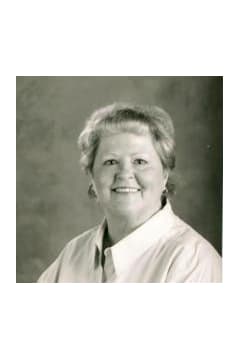 Mrs. Terry Louise Lowe Sinquefield, age 55, of Villa Rica passed away Wednesday, April 4, 2012. She was born November 23, 1956 in Madison, IN the daughter of the late Mr. Robert Marion Lowe and the late Mrs. Evon Louise Mathews Lowe. She worked as a Paraprofessional with special needs children for Paulding County Board of Education. She had a big heart for special needs children. Mrs. Sinquefield enjoyed scrapbooking, gardening, spending time with her family, friends and her dogs. She was an avid Auburn football fan. She is survived by her husband Stephen Sinquefield of Villa Rica; son and daughter-in-law Brian and Christen Sinquefield of Roswell, Jon-Michael Sinquefield and partner Blake Jones of Roswell; sister, Patti Lowe of Phenix City, Alabama; brothers and sisters-in-law, Mitch and Susan Lowe of Peachtree City, Georgia, Mike and Mary Lowe of Woodland, Alabama. She is also survived by two nieces, two nephews, one great niece and one great nephew. The family will receive friends at Jones-Wynn Funeral Home in Villa Rica, Friday, April 6, 2012 from 6:00 PM until 8:00 PM. Funeral Services will be conducted Saturday, April 7, 2012 at 2:00 PM from the chapel of Jones-Wynn Funeral Home with Mark Strickland officiating. Messages of condolence may be sent to the family from www.jones-wynn.com. Jones-Wynn Funeral Home, Inc., Cremation Services and Memorial Gardens of Villa Rica in charge of arrangements. 770-459-3694

Honor the life of Terry Sinquefield

Please share a condolence, photo or memory of Terry. We welcome all condolences that are positive and uplifting that will help family and friends heal.