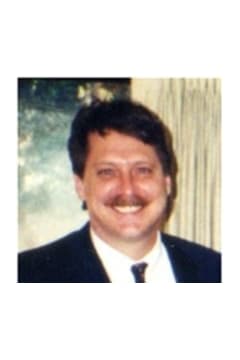 Tab Alan Bottoms, 54, died of natural causes on Tuesday, July 23, 2013, in Carrollton, GA. For the past four years Tab had battled the effects of a debilitating stroke with a physical and mental fortitude admired by all. While severely physically compromised, Tab always remained mentally sharp. Tab was born on June 22, 1959 in Ocala, Florida. During his life, he lived in Florida, Mississippi, Texas, South Carolina, California, Georgia, Arkansas, and Louisiana. Of these places, Florida was always his favorite and he hoped to return there one day. Tab graduated from Central High School, Carrollton, in 1977. He went on to serve in the U.S. Air Force and later attended Clayton State University. Tabâs engaging personality contributed to his success as a sales representative. His employers included Anheuser-Busch and most recently (and his favorite employer), Flexible Lifeline Systems. Tab enjoyed the outdoors immensely and was an accomplished camper. He loved nature, animals, his pets, and his family. Tab enjoyed sports â both playing and watching themâ and was an avid Atlanta Braves fan up until his death. Tab had a wonderful sense of humor, was hospitable, courteous, and had a magnetic charm which drew people to him. The love of Tabâs life was his wife, Leigh Bielenberg. The expression, âbehind every good man is a good womanâ was certainly true in their case. Tab and Leigh married on October 19, 1996 and were devoted to each other. The âdynamic-duoâ enjoyed living in The Old Fourth Ward neighborhood in east Atlanta, GA with their dogs, Chaos, Tango, and Traver. In addition to his grandparents, Tab was preceded in death by his wife Leigh Bielenberg (3-8-10), his brother, John Carl Bottoms (Johnny)(12-18-01), and very recently, his mother, Carolyn Ockosz Bottoms (4-1-13). Tab is survived by his father, John W. Bottoms, Jr. (Jack), sister, Linda Bottoms Pranski (Michael), and niece and nephew James and Kalina Pranski, all of Carrollton, GA; and his uncle and aunt, Stanley and Jeanie Ockosz, of Belleview, FL. Tab spent the last few years life residing at The Oaks nursing home in Carrollton, GA. The Bottoms family wishes to extend a heartfelt thanks to all of the staff at The Oaks for the care they provided Tab. Tab also appreciated his caregivers very much. There will be a memorial service for Tab on Saturday, August 3, 2013, at Jones-Wynn Funeral Home, 306 Westview Drive, Villa Rica, GA, at 2:00 pm. All wishing to pay their respects are welcome to attend. Messages of condolences may be sent from www.jones-wynn.com. Jones-Wynn Funeral Home, Inc. and Cremation Services of Villa Rica in charge arrangements. 770-459-3694

Honor the life of Tab Bottoms

Please share a condolence, photo or memory of Tab. We welcome all condolences that are positive and uplifting that will help family and friends heal.