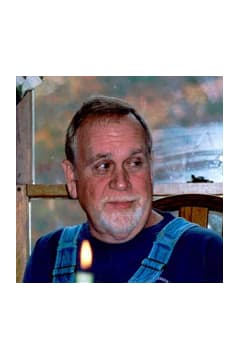 Mr. Steven Turner Putnam, 70, of Villa Rica, Georgia passed away Friday, June 3, 2016 at his residence. He was born November 29, 1945 in Decatur, Georgia, the son of Mrs. Doris Turner Putnam and the late Mr. Monroe Anderson Putnam. He was the owner and operator of Putnam Collision Center. He was an avid gardener and loved motorcycles. With his love of motorcycles, he served families by providing Motor Escort funeral processions to cemeteries. He was a Christian by Faith. In addition to his father, he was preceded in death by his daughter, Evon Crowe; and grandchild, Delena Weathers. He is survived by his wife, Margie Gaines Putnam of Villa Rica; son and daughter-in-law, Brian and Tracy Putnam of Douglasville; daughters and sons-in-law, Stephanie and Raymond Neal of Dallas and Melissa and Tyler Mauldin of Douglasville; son, Lee Putnam-Tucker; his mother, Doris Turner Putnam of Dallas; brother and sister-in-law, David and Rhonda Putnam of Douglasville; six grandchildren, Beth Putnam, Lauren Thompson, Colton Neal, Kyler Neal, Michael Putnam, and Daniel Putnam; three great-grandchildren, Basley, Brook, and Cruz. The family will receive friends at Jones-Wynn Funeral Home in Douglasville, Monday, June 6, 2016 from 2:00 PM until 3:00 PM. Funeral Services will be conducted Monday, June 6, 2016 at 3:00 PM at the Chapel of Jones-Wynn Funeral Home in Douglasville with Pastor Chris Taylor officiating. Musical selections will be provided by Valerie Taylor. Cremation will follow the funeral service. Messages of condolence to the family may be sent at www.jones-wynn.com. Jones-Wynn Funeral Home & Crematory of Douglasville is in charge of arrangements. 770-942-2311

Honor the life of Steven Putnam

Please share a condolence, photo or memory of Steven. We welcome all condolences that are positive and uplifting that will help family and friends heal.