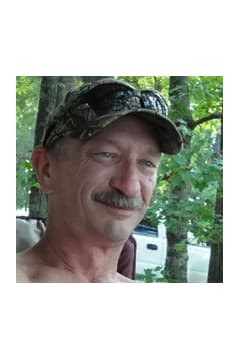 Mr. Steven Leroy Matthews, 53, of Austell, Georgia passed away Monday, September 22, 2014. He was born July 5, 1961 in Bowling Green, Ohio the son of Mrs. Beverly Jean Gooch Matthews and the late Mr. Norman Matthews. He married Vicki Lynn Seibert on June 7, 1980 in Jerry City, Ohio. He worked as a forklift driver for Rock Tenn. He is survived by his wife of 34 years, Vicki Lynn Seibert Matthews of Austell; daughter and son-in-law, Lisa and Billy Pearson of Austell; son and daughter-in-law, Steven and Tatiyana Matthews of Lithia Springs; his mother, Beverly Jean Gooch Matthews; sister and brother-in-law, Pamela and Stewart Orr of Bowling Green, OH; five grandchildren, Steven, Zachary, Shayla, Billy, Jr., and Cortez; several nieces and nephews. Memorial Services will be conducted Friday, September 26, 2014 at 10:00 AM at The Church at Chapel Hill in Douglasville. The body was cremated. In lieu of flowers, memorial contributions in memory of Mr. Steven Matthews may be made to Jones-Wynn Funeral Home & Crematory, 2189 Midway Road, Douglasville, Georgia 30135, to assist the family with expenses. Messages of condolence to the family may be sent at www.jones-wynn.com. Jones-Wynn Funeral Home & Crematory of Douglasville is in charge of arrangements. 770-942-2311

Honor the life of Steven Matthews

Please share a condolence, photo or memory of Steven. We welcome all condolences that are positive and uplifting that will help family and friends heal.